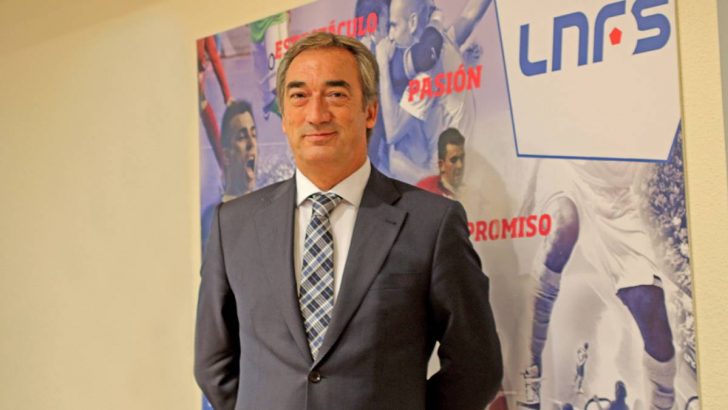 Liga Nacional de Fútbol Sala (LNFS), the organising body of the top two divisions of futsal in Spain, has reportedly approved the launch of a lawsuit against the Spanish Football Federation (RFEF) over its attempts to seize control of the competitions. This decision was made by the LNFS board after a letter sent by Javier Lozano was not responded to by the president of the RFEF, Luis Rubiales.

After this there being no response from the RFEF to reverse their decision making, this is why the governing body supported this position from the president. The Palco23 website, citing Spanish broadcaster Cadena Ser, said the LNFS has also requested precautionary measures to ensure the competitions can continue to operate during the ongoing 2019-20 season. However, last Thursday at 12:00 the RFEF call all clubs of the First and Second Division to a meeting like the one they convened in the middle of last month but we have yet to hear what the outcomes have been.

The RFEF last month said it had moved to assume control of organisational responsibilities for the top two futsal divisions in Spain, dislodging the LNFS in the process. In what can be looked upon as its latest power grab in the Spanish game, the RFEF said that it had been recognised in court that there was no legal agreement for the LNFS to organise the competitions.

The federation said that a sub-committee comprising the participating clubs had been established to help supervise and develop the competitions.

The LNFS holds a broadcast rights partnership with LaLigaSportsTV, the OTT platform of LaLiga. The organising body of the top two divisions of Spanish football and the RFEF have long had a rocky relationship under the leadership of Javier Tebas and Luis Rubiales, respectively.