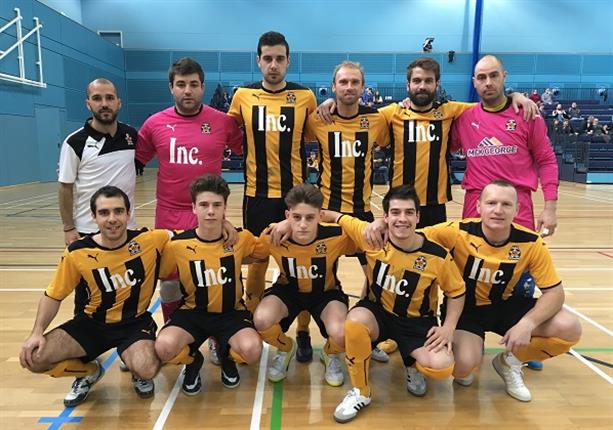 Chadwick fired United in front after just two minutes and added another soon. His performance put the Midlands league champions in control of the semi-final. Monty Bouttell increased the lead with the 16-year-old going past two defenders to score. Tommy Hardwick got the fourth to finish off a counter-attack.

Chadwick’s third was sandwiched by two goals from Derby but Bouttell netted his second of the game to restore United’s four-goal advantage. Derby managed to pull another back before the break, only for Chadwick to complete his haul. He put his side 7-3 up at half time and the second half was a much more subdued affair. Derby got two more on the board and United scoring one through Alberto Morcillo. However, they had already done enough to book their place in the final with the prize of a place in the Superleague up for grabs.

United must overcome York in the final, which is being played prior to the futsal international between England and Finland. The event venue for both matches is at the University of East Anglia in Norwich on May 15.