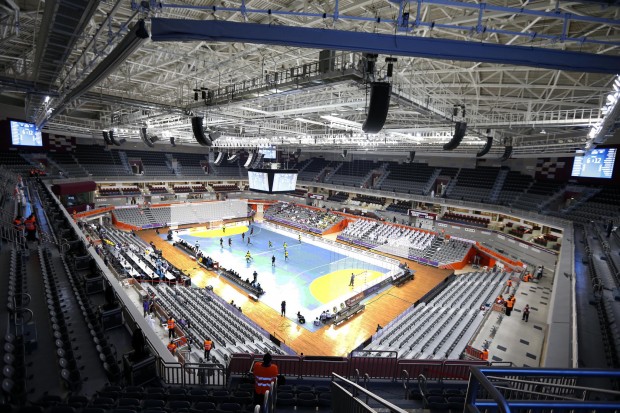 Organised by the QFA and LNFS, the Futsal Intercontinental Cup tournament will witness the participation of the eight best teams in the world and will be held at the Ali Bin Hamad Al Attiyah Arena in Al Sadd and Aspire’s Ladies Sports Hall.

The six teams that will take part in the tournament represent Asia, Europe and South America which include Spanish clubs Inter Movistar and FC Barcelona Lassa; Carlos Barbosa and the Magnus Futsal from Brazil; Dynamo Moscu FC from Russia; Tasisat Daryaei Futsal from Iran.

As for the team participating from Qatar, either Al Sadd or Al Rayyan will be playing depending on their ranking in the QFA Futsal League.

The clash between Al Sadd and Al Rayyan is expected to be intense as the latter still has the chance to draw level with a win today. Both teams will clash in the final round of the league after both sides emerged as the two best sides with 69 and 66 points respectively.

The eighth team will be announced at a later stage. Former Brazilian futsal legend Falcao will be attending the draw to be held on May 3rd in Aspire Dome Auditorium.

In its 15th edition, the Intercontinental Futsal Cup is considered to be one of the best club tournament in the world. The team with most intercontinental titles is Movistar Inter, with 5 titles achieved consecutively from 2005 to 2011.
The tournament was inaugurated in 1996 and Inter Ulbra won the first title after beating FC Barcelona 4-2 in the final. The last edition of the tournament took place in 2013 and was won by Russian club Dynamo Moscow FC after they won against Brazilian club Carlos Barbosa 5-1.

If you like the information provided, you can read more articles on Domestic Futsal by going to the top bar navigation or click here