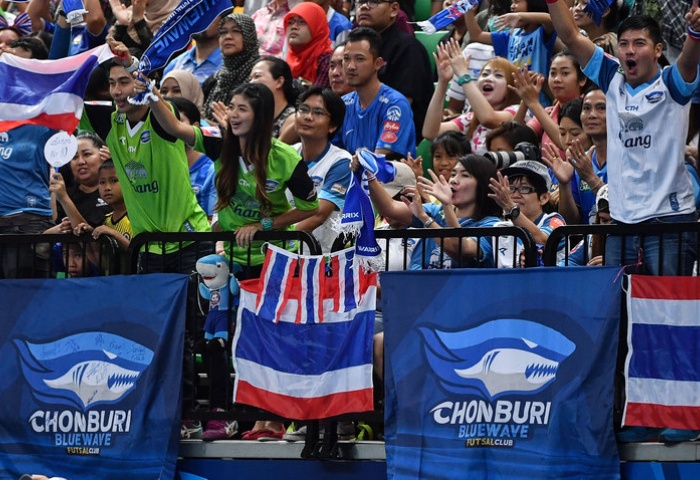 According to Inside World Football, the AFC Futsal Club Championships have broken record attendance numbers in the first three days of competition in the Bangkok Arena, Thailand.

More than 22,000 have packed the venue which is more than the aggregate crowds for the 2014 and 2015 championships combined.

Home team Chonburi Bluewave, champions in 2013, have captured the imagination of fans and 5,600 turned out to watch their opening night win against Vic Vipers. This doubled to 10,200 the following day to see them beat the two-time champions Nagoya from Japan.

Now at the quarter-final stage, coach Rakphol Sainetgnam has called for fans to help press home their home advantage on Tuesday when they face Uzbekistan’s Almalyk FC. He is expecting more than 10,000 in the arena.

While in 2015 four of 12 group matches were decided by five goals or more, while this year all twelve matches have been decided by less than five goals. The largest margin of victory was by current champions from Iran Tasisat’s who beat Lebanon’s Al Mayadeen 6-2, though the score was only 3-2 with four minutes remaining.

With increased competitiveness of matches has come fewer goals. In 2015 there was an average of 7.15 goals per game but this year the average has dropped to five per game.

Quarterfinals play take place on Tuesday, July 19, with semi-finals on July 21 and the third-place play-off and final on July 23.