The restart of the 2022 futsal season in Spain 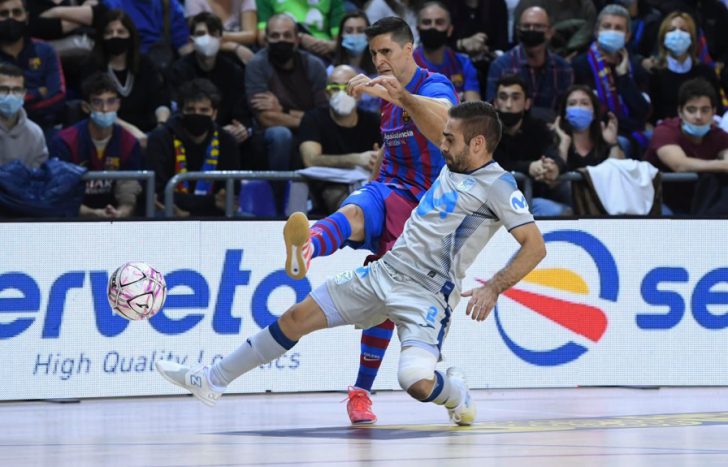 A return to reality for the Spanish teams after the Futsal EURO 2022.

After another disappointing campaign by the Spanish National Futsal Team in a major tournament (finished third at the EURO 2022, and exited the 2021 World Cup at the quarter-finals), league action returns to Spain. It has been more than a month since the Spanish National Futsal League was stopped due to COVID-19, and because of the UEFA Futsal EURO 2022, and after waiting, the competition is now back.

The national futsal league started last October 2021 after the World Cup in Lithuania (where the Spanish National Team did not go beyond the quarterfinals). And, it took off with an unexpected surprise victory for Palma Futsal against Barça winning, 6-2. However, for Palma Futsal this result would not reflect their season. Unfortunately for the club, their following results were not as good as you would have expected after their opening match, and they were even eliminated from the Copa del Rey by Full Energía Zaragoza who compete in the Second Division. Now, the Balearic (Balearic islands) team is placed in sixth position, but this should not be the case for a team with as big a budget as they have, the great players in their team, and the magnificent past seasons they have had. Managed by Antonio Vadillo, they have not had the season they would have expected of themselves. Whereas for Barcelona, their opening defeat is the only failure this season so far. The signings of Pito, Carlos Ortiz, and Jesús Velasco as their head coach last summer has taken effect, and they are now leading the league standings. 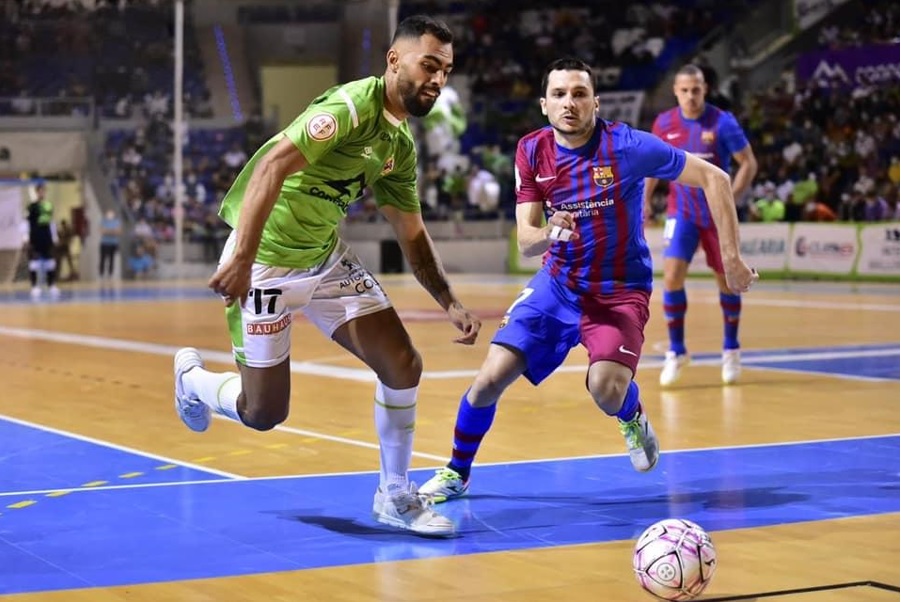 Viña Albali Valdepeñas and Jimbee Cartagena are the Blaugrana’s (nickname to pay tribute to the colours of Barcelona) pursuers in the standings. The vintner (Nick name for Viña Albali Valdepeñas) team has suffered two hard blows in the form of player exits. Chino and Catela, two of their main players who headed to Russia after Dinamo Samara (founded 2018) paid their release clauses. The club’s board opted to replace these departures with Gabriel Ribeiro and Ivi. In the case of Jimbee Cartagena, they aim to finish at the top end of the table and they are currently on course to achieve it. Despite being third in the standings, they have managed to improve on their stats from last season, in part, thanks to a historic run of seven consecutive victories, and the great performances of players like Javi Mínguez. 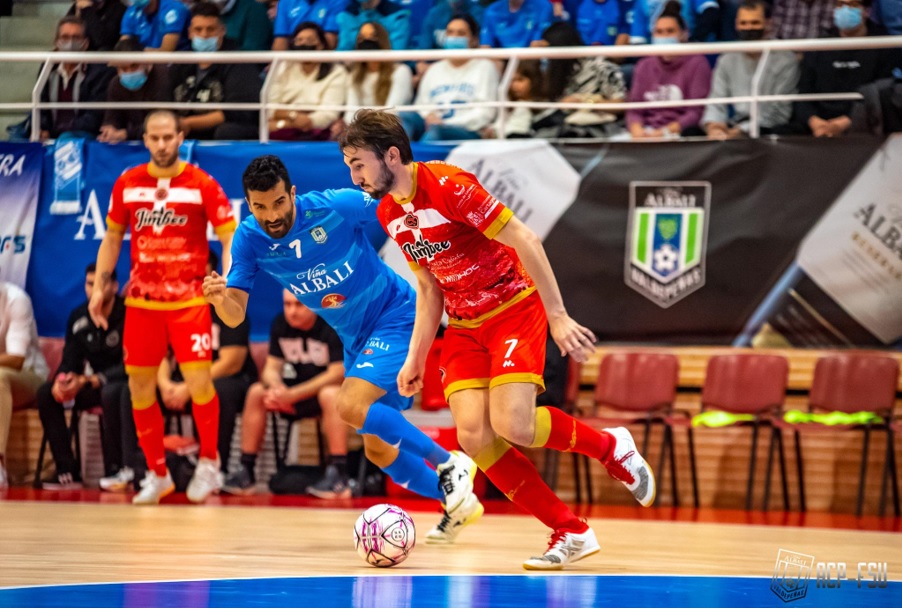 ElPozo Murcia FS are not meeting the standards which are expected of a club of their history and size, and due to this there has been rumours that the club will not renew Giustozzi’s contract. The club is said to be looking for a new coach and may look to replace him with Bruno Gracia (who was voted the 4th best coach in the world this year in the Futsal Planet Awards). Jaén Paraíso Interior has once again rubbed shoulders with the league’s greats after a difficult past season. The resurgence of the Andalusian team is due in large part to their more than 5,000 season ticket holders who fill their new Olivo Arena for each game, and this is reflected in the fact that they are the only team who has won 100% of their games at home.

There are a few match days left to finish the 1st round to find out who will play in the Copa de España. So far five teams have qualified already, Barça, Viña Albali Valdepeñas, Jimbee Cartagena, ElPozo Murcia and Jaén Paraíso Interior. The rest of the teams are still waiting and there could yet be surprises in store with the absence of teams like Inter Movistar or Levante UD FS (qualified last season for this season’s Champions League for the first time) after having a forgettable first half of the season. The team from Madrid has not been able to make up for the exits they suffered last summer and that is reflected in their results, which makes qualifying for the Copa de España very difficult. And in a similar situation is the Valencian team, who is missing Esteban and his goals, although in their case they have more chances of entering the Copa de España. 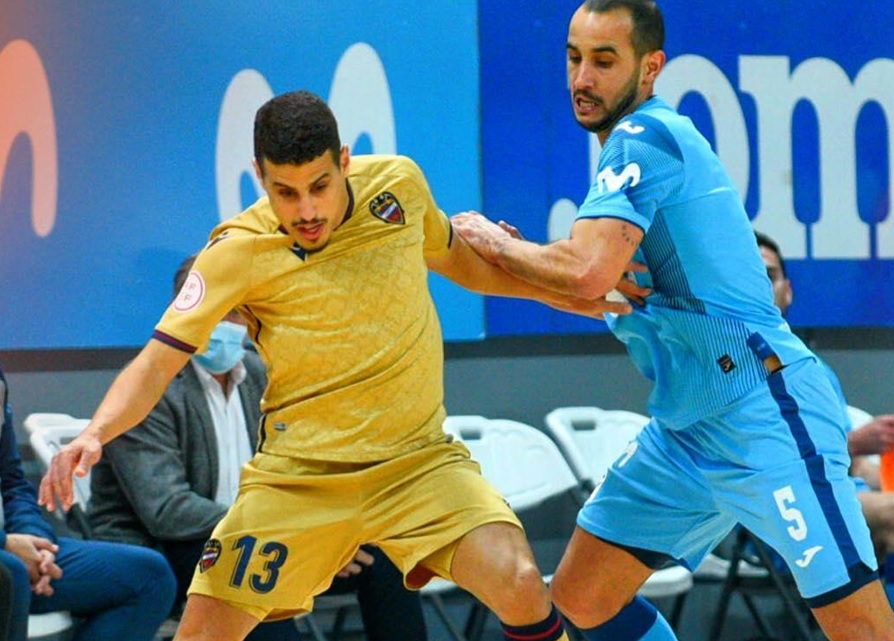 At the bottom of the standings, you will find Real Betis FS, Manzanares Quesos El Hidalgo, Fútbol Emotion Zaragoza and Pescados Rubén Burela FS. These last two occupy the relegation positions with five and three points respectively and have very complicated fixtures ahead to stay in the league along with the re-enforcements their competing oppositions have made. Both Betis and Manzanares have recruited very well. The light-green team has signed Jackson Samurai and Alisson Neves this winter while Manzanares has brought in Raúl Campos, Fits and the young promising goalkeeper Antonio Navarro.

The problems of Spanish futsal

It has been a strange new season for Spanish futsal due to the following main factors, COVID-19 and the bad protocols to combat it whilst on the other hand, and a more serious matter for the sport is the fight between the LNFS (National Futsal League) and the RFEF (Royal Spanish Football Federation).

COVID-19 has completely shaken futsal this season. A problem increased by the lack of a solid and coherent protocol by the RFEF. The existing protocol leaves the decision to suspend matches in the hands of each autonomous region and their corresponding health authorities. This means there are 19 different opinions corresponding to each health department of each autonomous region. This causes inequalities between the teams and the consequent adulteration of the competition. And on the other hand, we have the endless fighting between the LNFS and the RFEF for control of Spanish futsal.

In 2019, the RFEF took control of futsal in the country, leading to the division of the futsal community (teams, journalists, fans, etc.) into three groups. The first group being those who support the LNFS, the second group being those who support the RFEF and finally, the third group being those of us who are tired of the sport we love being mistreated in this way (I find myself in this group). Neither the LNFS nor the RFEF have an interest in the development and advancement of futsal in Spain, but instead are more interested in their own personal and economic interests, and to control the sport.  This is demonstrated by the absence of negotiations between the two organizations, something that true futsal lovers have been asking for, for a long time, but these calls are falling on deaf ears as neither the LNFS nor the RFEF are willing to resolve the conflict through diplomatic channels. 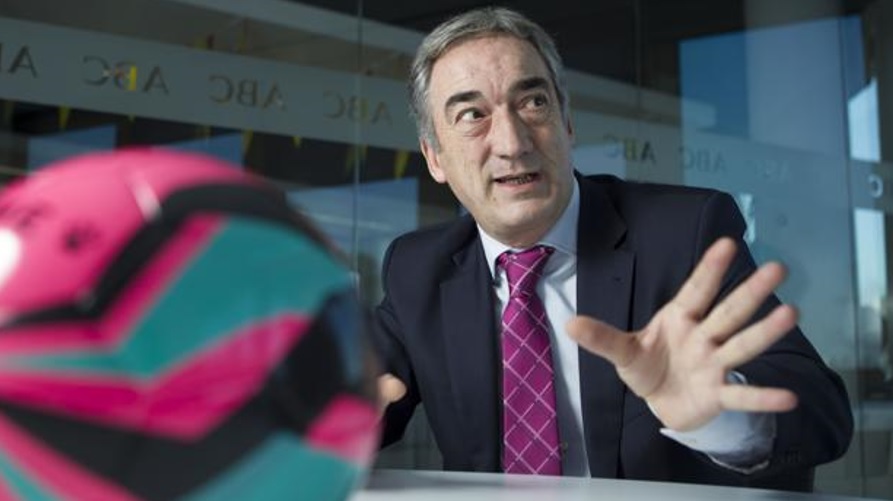 It seems that neither of the two organizations have realized that while they are fighting for control of futsal, they are destroying our sport at the same time. And, by the time someone takes control of it, I fear that so much damage will have been done, we will have lost the momentum and achievements over the past years, and it will take many years for us to get back to where we were. Whilst other nations increase their development especially our neighbours Portugal who are the current World and European champions on the international stage and the Champions League holders as well through Sporting Clube de Portugal. 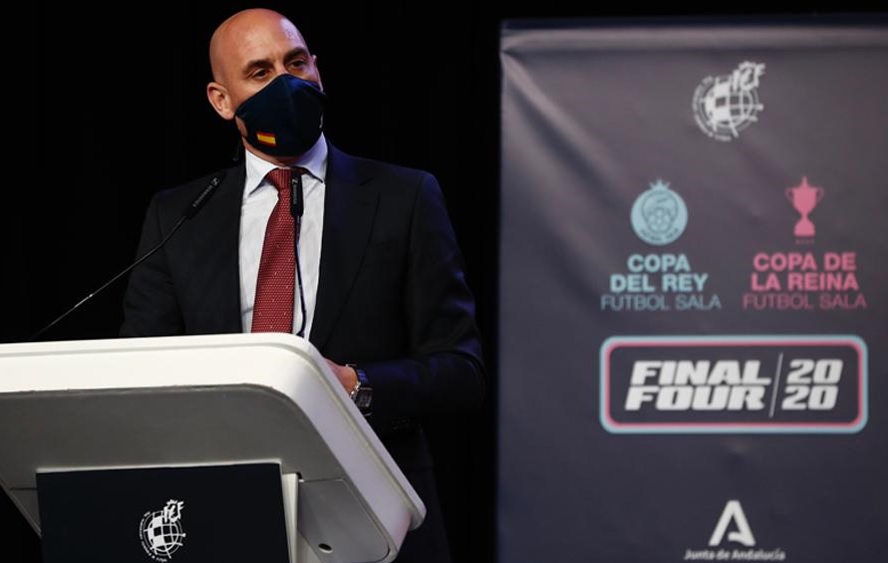 This conflict needs an urgent solution, from which a solid and long-term project can be carried out that offers guarantees to this sport in order to carry out the resurgence of both the Spanish National Team and the Spanish League.

After finishing EURO 2022, Carlos Ortiz said “Overhaul? Surely; something fails, something has to be changed” about the Spanish National Team, but these words can be perfectly extended to Spanish futsal in general.

My name is Alejandro Méndez and I was born in Cartagena. I discovered futsal in 2017 and it fascinated me. Since then, I immersed myself in this amazing and beautiful sport. I support Jimbee Cartagena, and I write and talk about futsal in Efesista.es. Thank you to Futsal Focus for letting me discuss my opinions on Spanish futsal. Please go to the Efesista.es website to read more articles on Spanish futsal.