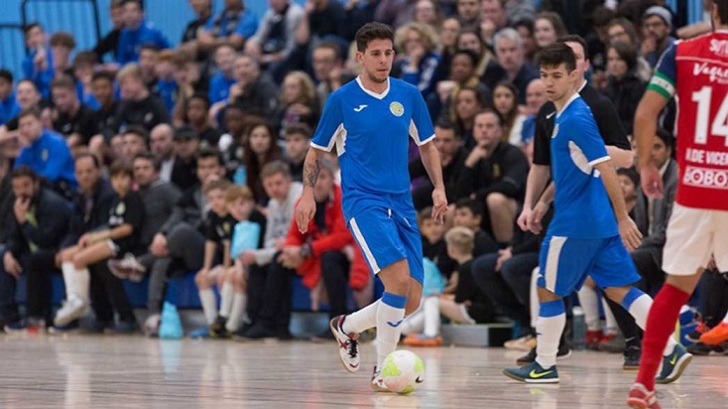 The Futsal domestic seasons are over in Ireland and across the United Kingdom. Futsal has experienced growth across the U.K especially in Northern Ireland and England at the international level.

This weekend, Northern Ireland hosted Scotland for their first International friendlies on home soil which was given significant coverage for a sport still in its infancy with low levels of participation in comparison to other sports. In England, the national team welcomed Poland to St Georges Park and the match was streamed live on BBC Sport for the very first time.

Club Futsal is developing across all five nations but for the National teams to benefit and for Club Futsal to improve so they can compete at a higher level in European competitions we have to be innovative. We have to deliver opportunities for clubs and players to develop and to increase interest and participation in Futsal. Futsal Focus proposes a Six Nations Futsal Club Championship were the winners of the Irish, Northern Irish, Scottish, English, Welsh and French leagues compete for the title.

In Rugby, this is organized at an international level but in British Football a similar competition is evolving under the leadership of the Scottish Premier Football League (SPFL) called the IRN-BRU Cup. The SPFL announced a further expansion of the competition with the introduction of two English National League representatives to the competition next season. The announcement comes after the successful change of format introduced in 2016/17, which saw two teams each from Northern Ireland and Wales, additional clubs from the Highland and Lowland Leagues and all Ladbrokes Premiership under-20 Colt teams taking part, followed by the addition of two teams from the League of Ireland in season 2017/18.

Now, following UEFA approval, Sutton United and Boreham Wood – the highest-ranked Vanarama National League sides in 2017/18 still competing in the division – will join the Irish (Bohemians and Bray Wanderers), Northern Irish (Crusaders and Coleraine) and Welsh (The New Saints and Connah’s Quay Nomads) representatives at the second-round stage of the competition.

Futsal Focus is not suggesting that the Six Nations Futsal Club Championship be a season-long event, this kind of competition at this early stage would need to evolve over time. But, initially it could be a weekend event or it could be played in two parts based on ranking. The four lowest ranked clubs based on National team ranking could play a preliminary knockout match then the winners of both matches would join the other two top nations in a weekend four club event hosted by a different nation each year. The structure is open to debate but this competition would certainly help to increase interest, rivalries and aid the development of the players involved. Furthermore, having more competitions will help to attract more clubs into the sport and increase the interest of native players to get involved. This competition could eventually evolve to be suitable for BBC Sport coverage.

If you like the information provided, you can read more articles grassroots and coaching by going to the top navigation bar or click here