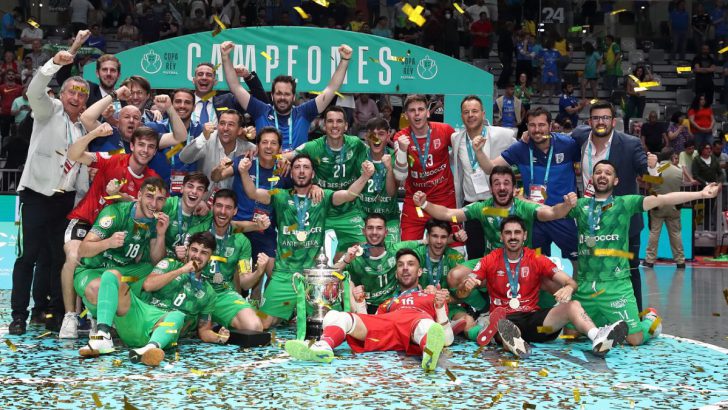 Barça dominated Spanish futsal, winning 4 titles out of 5. The remaining title was won by UMA Antequera, a Second Division club.

Barça were viewed as a candidate for every title at the beginning of the season. Five titles were at stake this season and they managed to win 4 of them. The only stumbling block for the Blaugrana team was in the Copa del Rey, which BeSoccer CD UMA Antequera, a Second Division team took advantage of to make history for their club and in Spanish futsal. The club achieved a historic and surprising milestone by eliminating 5 first division teams on their way to winning this competition. This season there has also been other great revelations such as Aspil Jumpers Ribera Navarra FS, and great disappointments such as ElPozo Murcia FS, Levante UD FS and Real Betis Futsal.

FC Barcelona has been, without a doubt, the great protagonist of the 21/22 Spanish futsal season. The new project led by Jesús Velasco showed promise from their very first games. Their season advanced with dominant performances in the Champions League, and firm steps being taken in the league. The Blaugranas were running as candidates for everything. Their only setback occurred in mid-February when they were eliminated in the round of 16 of the Copa del Rey after losing on penalties against Real Betis FS. A week later, Barça forgot about that disappointment and won their first of four trophies. This time the luck of the penalties smiled in their favour to win the Spanish Super Cup against Palma Futsal. A month later another decisive moment would come, the Spanish Cup. Again, from penalties, this time against ElPozo Murcia. Now with two titles, May was their chance to fight for a third, the Champions League. This time Barça was able to put an end to the match during the 40 minutes, beating Sporting de Portugal 4-0 to lift the continental title in Riga, Latvia. In the regular league, they were the undisputed leaders for the Play-Off. In the quarterfinals, they eliminated ElPozo, in the semifinals Valdepeñas, and in the final Palma Futsal waited again, and once again Barcelona secured the victory. With the league trophy, they had added their fourth title in the 21/22 season. For the next campaign, they are once again favorites thanks to the signings of Sergio González from Valdepeñas and Antonio Pérez from Jaén.

Another protagonist has been Palma Futsal. The team led by Antonio Vadillo has managed to get into two finals this season, the Super Cup, and the league, although they ended up being defeated by Barça in both. But the important feat accomplished by the Balearic team is their qualification for the next edition of the UEFA Futsal Champions League, obtained after reaching the league final. José Tirado, general director of the club, wants to maintain the competitiveness of the squad, especially in view of their debut in the Champions League, and several names are already being mentioned. The most outstanding are two Iranian players, Moslem Oladghobad, one of the revelations in the last World Cup in Lithuania, and the star Hossein Tayebi, who has already announced his departure from Benfica. 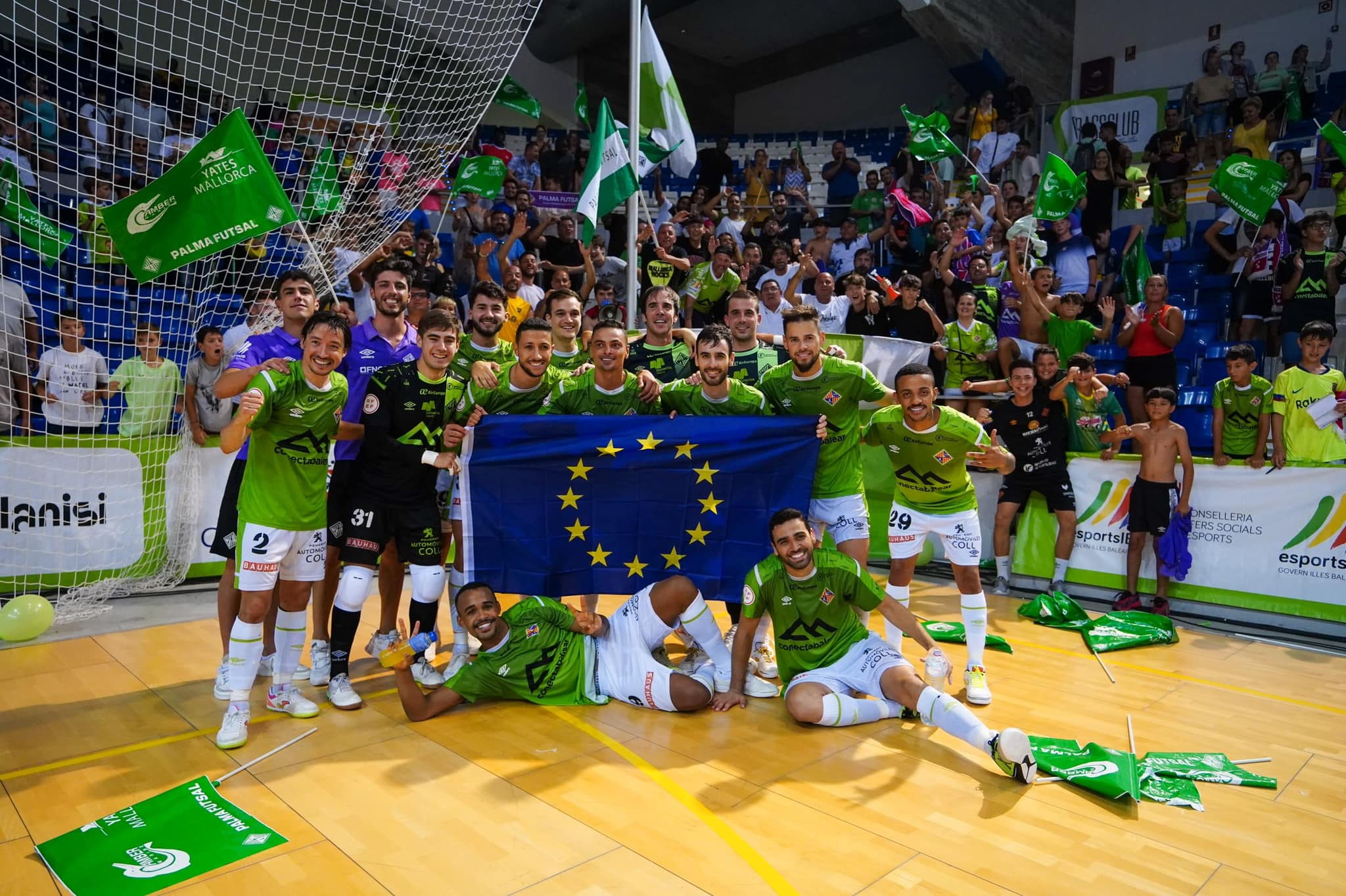 The good season for Viña Albali Valdepeñas and Jaén Paraíso Interior should also be highlighted. As for the winery team (nickname for Valdepeñas), nobody expected their great end to the season after the painful exits of Chino and Catela at the beginning of 2022 Spanish futsal season. But David Ramos’s men managed to recover, becoming semi-finalists in the Spanish Cup and in the league, and finalist in the Copa del Rey. The deep blue (Valdepeñas colour) club will continue betting heavily next season with the already announced signings of Solano (from Jimbee Cartagena), Boyis (from Inter Movistar) and Bynho (from Osasuna Magna) and the contract renewals of Lazarevic, Rafael Rato, Bateria and Ivi. On the other hand, Dani Rodríguez’s team has been to three final phases, although without the luck of entering a final after being eliminated twice by Valdepeñas (quarterfinals of the Spanish Cup and semifinals of the Copa del Rey) and another by Palma Futsal (semifinals of the League Play-Off). The team from Jaen is also reinforcing itself very well for next season. Signings such as Chino (after his departure from Valdepeñas last winter), Nem (from Fundão, Portugal) or others that leave an Argentinian aroma in Jaén such as Pablo Taborda (from Italservice Pesaro), Mati Rosa (from ElPozo) or Gerardo Menzeguez (from San Lorenzo, Argentina) are the already official ones by the Andalusian team.

Other teams to highlight are Aspil Jumpers Ribera Navarra and BeSoccer CD UMA Antequera. The former has been the clear revelation of the season after qualifying for the Spanish Cup and the league Play-Offs. The team from Tudela (the city where Ribera Navarra is based) were the small team capable of fighting face to face against the big ones. Despite the great season, forced changes are coming due to the departure of Pato, who leaves the orange team after ten years on their bench to head for Inter Movistar. Pato’s replacement is still unknown, so they are also somewhat stuck in the transfer market, although they have made several contract renewals of key players, such as their captain, David. Another of the outstanding teams has been UMA Antequera (main picture) thanks to the historic feat of winning the Copa del Rey as a second division team and having eliminated five first division teams on their way to lift the trophy (Burela, Zaragoza, Ribera Navarra, Santa Coloma and Valdepeñas). In addition, the University team has achieved promotion again, and will compete next season at the highest level of Spanish futsal. At the moment, they are betting on the continuity of the project with the renewal of its fundamental pillars, coach Tete, captain Miguel, as well as Conejo, Quique, Cobarro and Dani. 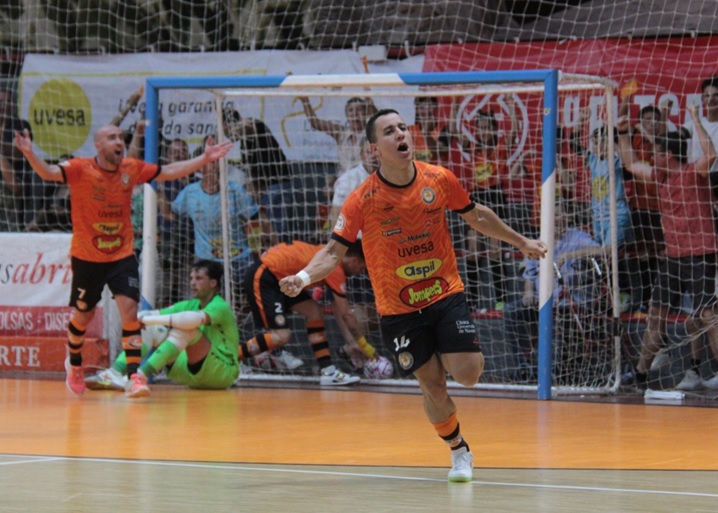 Other teams like Jimbee Cartagena and Movistar Inter have not had the desired season. In the case of Duda’s team, they have once again had a great season in the regular league, but in decisive moments they have failed again, staying in the quarterfinals of the Spanish Cup, Copa del Rey and in the League Play-Off. At the moment, Cartagena is one of the calmest teams in the transfer market, only Juanan (from Betis) and the long-awaited return of Waltinho (from Sporting de Portugal) have been confirmed and no more movements are expected, only the promotion of young players from the academy, such as French international Amin Benslama. Movistar Inter didn’t start the season in the best possible way and were even on the verge of being left out of the Spanish Cup. At the tail end of the league, they seemed to resurface with ten wins in a row and finishing second in the regular league, but Tino Pérez’s men were eliminated at the first opportunity in the Play-Off in the quarterfinals against Jaen, which means it is their second consecutive year without entering the Champions League. Big changes are going to be made in the Madrid team, starting with the coach Tino Pérez who was replaced by Pato. As for players, they have already announced the signings of Sepe and Drahovský, both from Santa Coloma and goalkeeper Deko from Cascavel (Brasil). 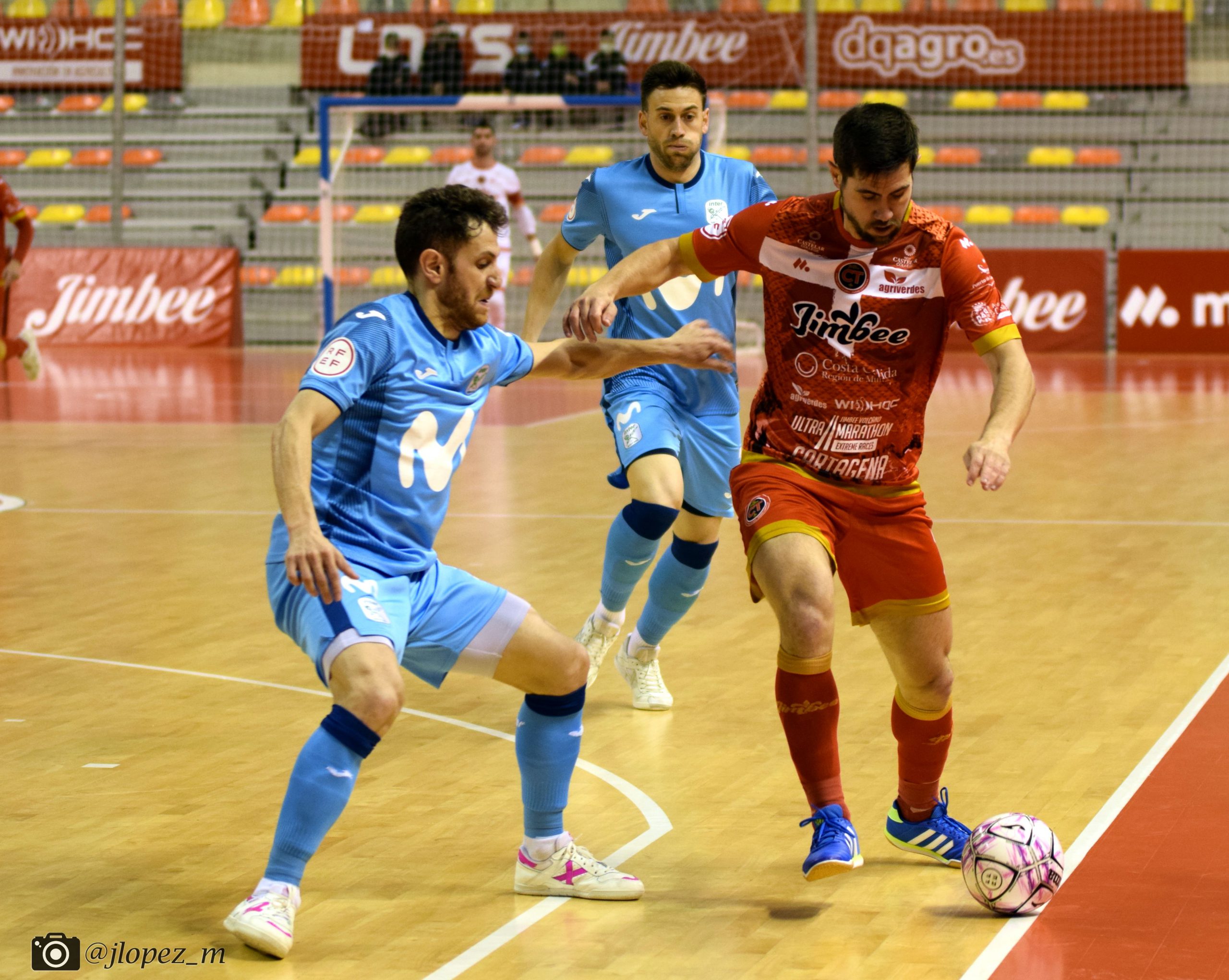 As for disappointments this season, three clubs have to be named, ElPozo Murcia FS, Levante UD FS and Real Betis FS, and in all three, there will be big changes for next season. The Murcian (a region in south-east where ElPozo is based) team had a season to forget. In the Copa del Rey, the club was eliminated by Noia Portus Apostoli, from the second division, in the league they were close to not reaching the Play-Offs, qualifying on the last day. However, the team was eliminated in the Play-Off quarterfinals but one positive achievement for their season was being finalists in the Spanish Cup. Now, Giustozzi will go to Vietnam and his replacement seems to be Javi Rodríguez, from Santa Coloma, and in terms of signings, only the return of the young Ricardo Mayor (from Córdoba) has been announced. Regarding Levante UD FS, their season was a failure. A team that qualified for the Champions League, and perhaps their participation in this competition is the most remarkable thing of their season, after reaching the Elite Round. At the national level, they didn’t enter the Spanish Cup nor the Play-Offs, and in the Copa del Rey they were eliminated in the round of 16. In the Granota team (nickname for Levante due to its colours) there will also be changes on the bench. Diego Ríos will be replaced by Sergio Mullor after his good season at ACCS Paris. The club’s official signings at the moment are Portuguese player Ricardo Miranda (from Portimonense, Portugal), Brazilian Peléh (from Fundão, Portugal) and Sergio Jamur (from Zaragoza). On the other hand, Real Betis FS was supposed to be a candidate to fight for a place in the Spanish Cup and Play-Off but ended up saving themselves from relegation on the last day. There has been a change of coach at the Sevillian (region where Betis is based) team. The new coach will be Bruno Garcia, the former head coach of the Japanese national team. And it is precisely this connection to Japanese futsal that may have produced positive recruitment results for the team with the supposed arrivals of two Japanese players, one of them being Rafael Henmi, who has already said goodbye to Benfica. The other arrival is Fer Drasler who has been made official after terminating his contract with Jimbee Cartagena. 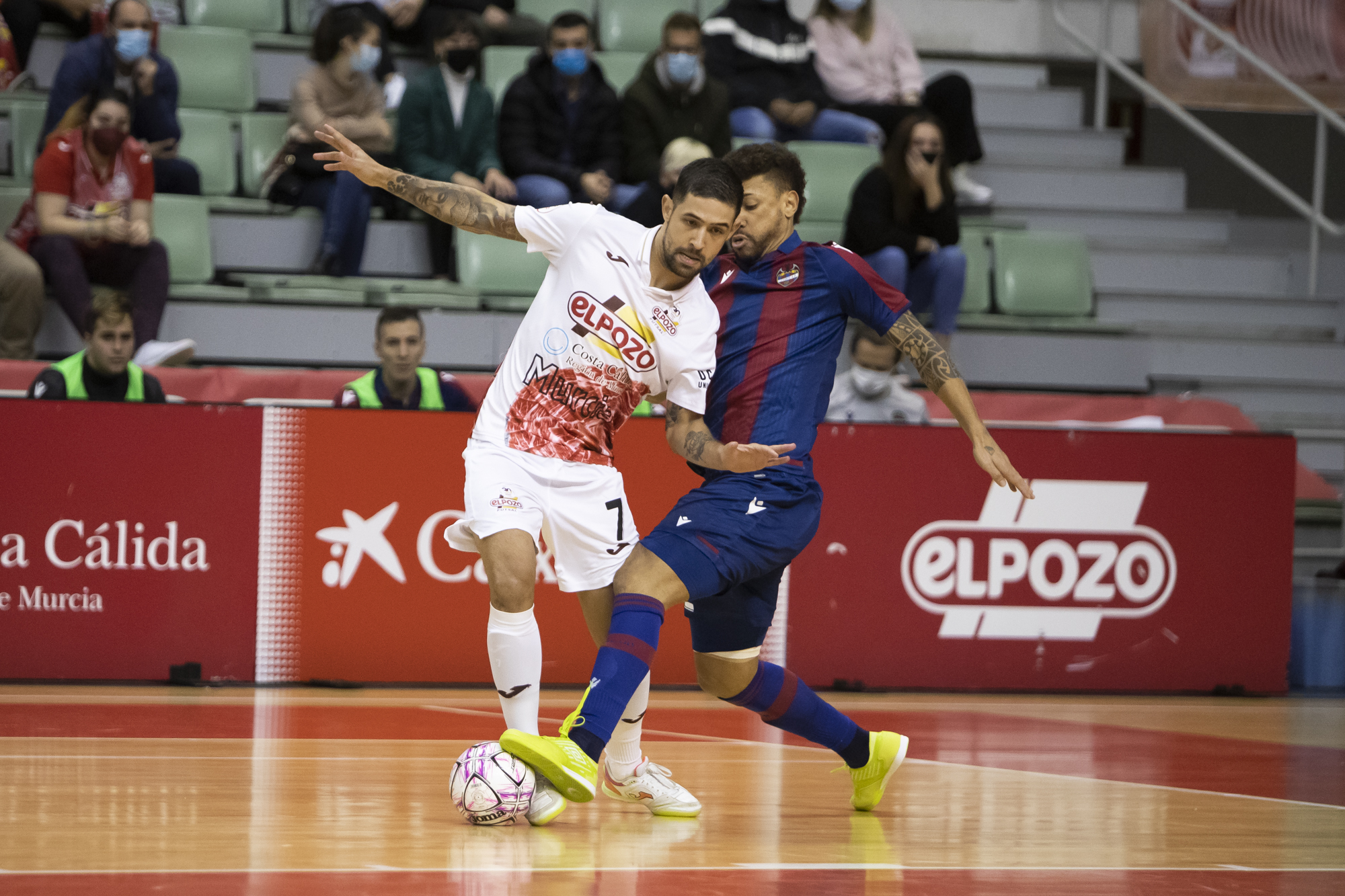 In the middle of the table, we find Industrias Santa Coloma, Córdoba Patrimonio de la Humanidad, Manzanares FS Quesos El Hidalgo, and Osasuna Magna. The season for these teams has been somewhat more discreet both for the good and for the bad, though highlights are the classification of Santa Coloma to the semifinals of the Copa del Rey, and the salvation of Manzanares, who were one the recently promoted teams. In these four teams, no major changes are expected for the 22/23 season, except in the Catalan team, who will have to cover the loss of Javi Rodriguez, and there is already a replacement in Xavi Closas (from Barça B). 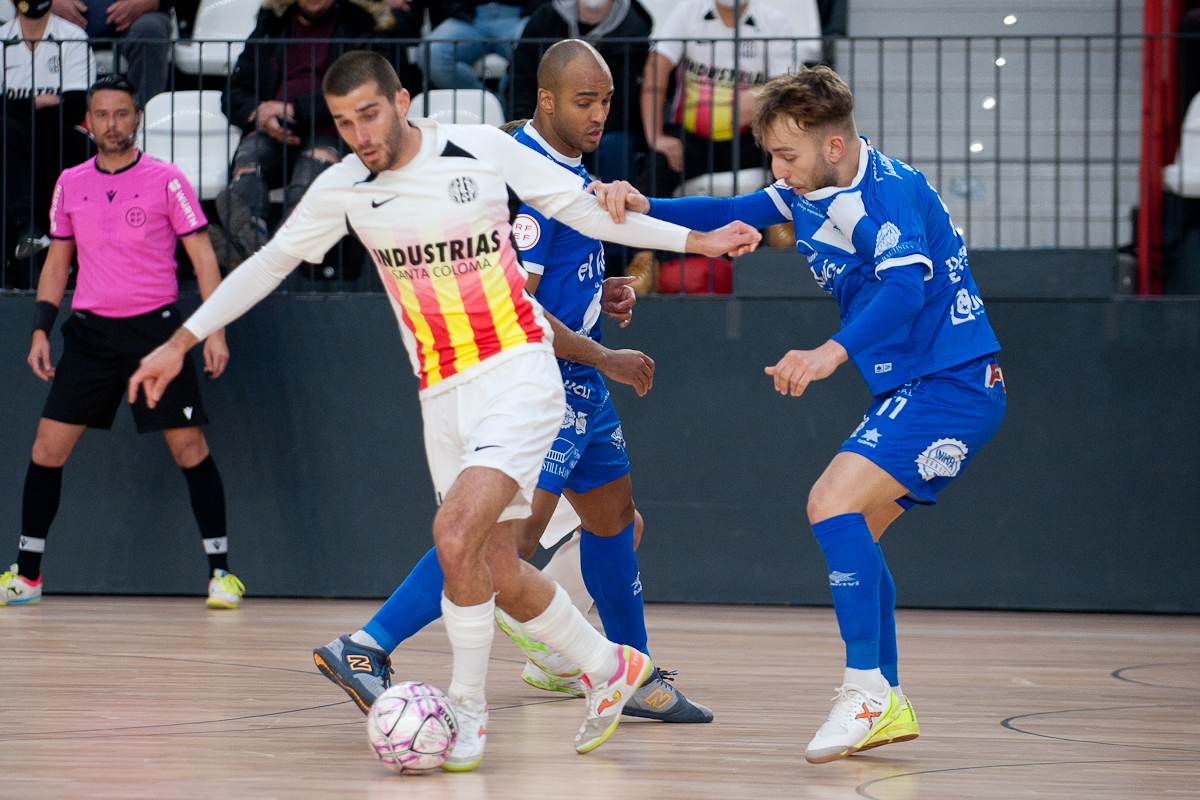 The two relegated teams are Pescados Rubén Burela FS and Fútbol Emotion Zaragoza. The Galicians, who had been avoiding relegation since the 19/20 season, have not been able to avoid it this season after finishing last with just 14 points. Until the last day, the Aragonese had options to save themselves, but their defeat against Palma Futsal condemned them to relegation. Their places in the first division will be filled by Noia Portus Apostoli, the clear dominator of the second division this season who achieved direct promotion, and BeSoccer CD UMA Antequera after winning in the Play-Off, eliminating Alzira in the semifinals and Benavente in the final. 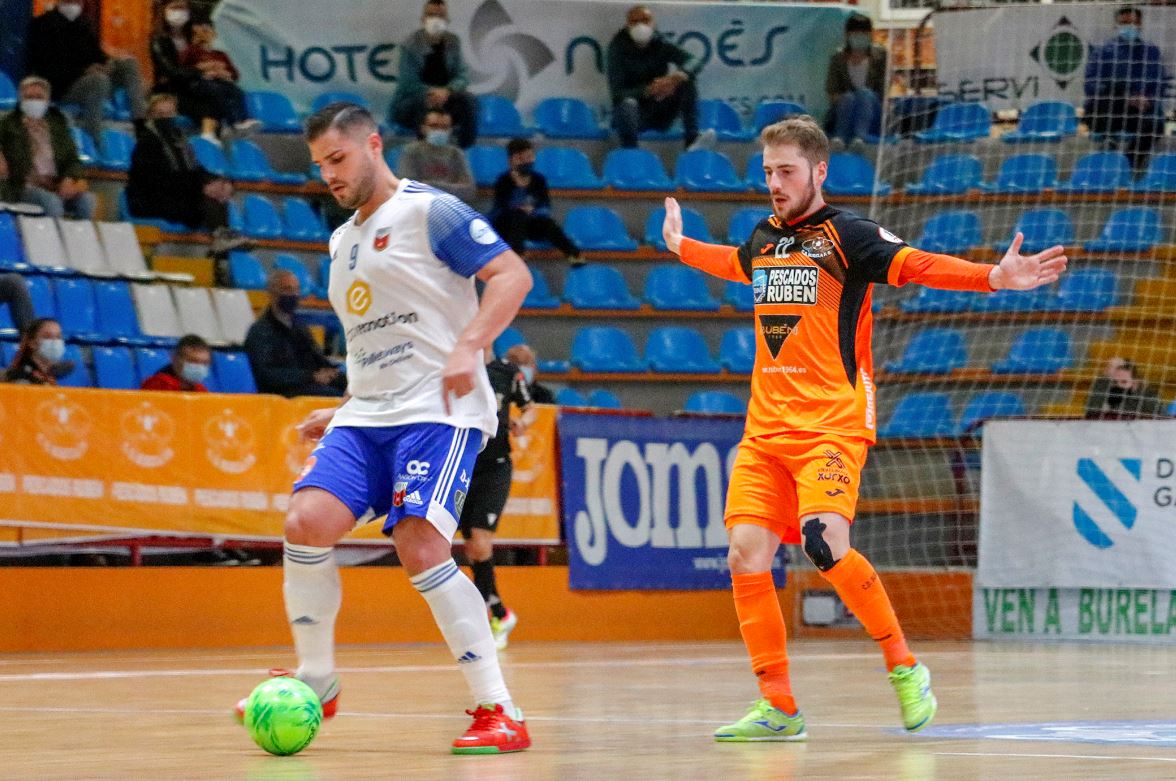 My name is Alejandro Méndez and I was born in Cartagena. I discovered futsal in 2017 and it fascinated me. Since then, I immersed myself in this amazing and beautiful sport. I support Jimbee Cartagena, and I write and talk about futsal in Efesista.es, and Futsal Focus. 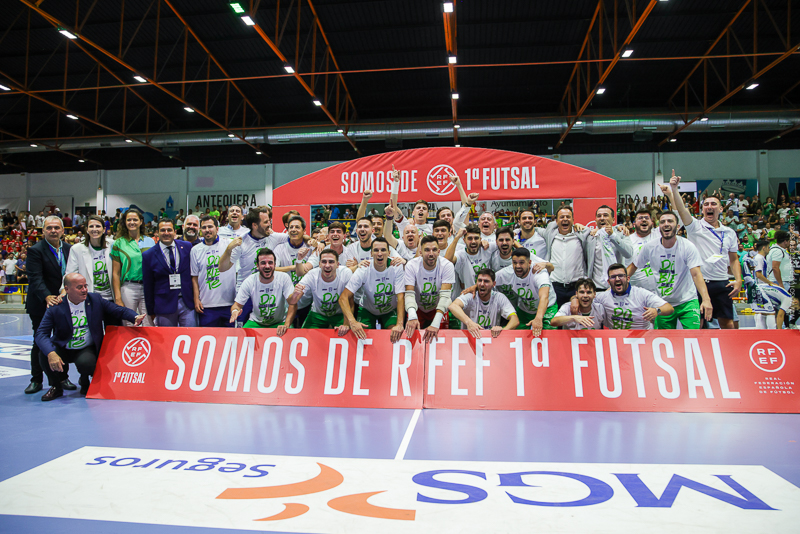 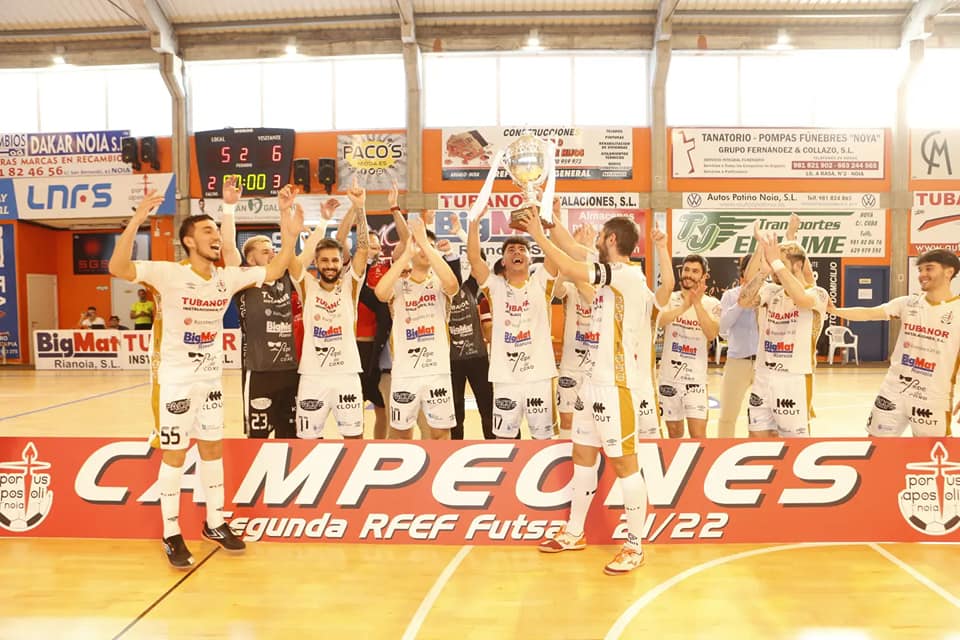 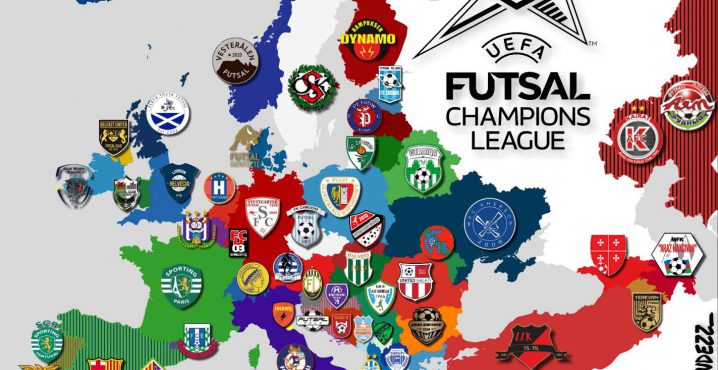