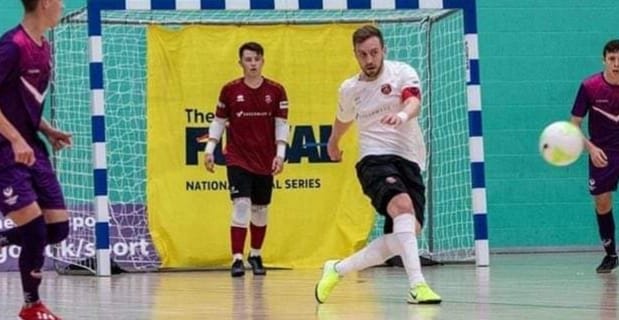 Futsal Focus congratulates Stuart Cook on his new challenge in his Futsal career. Bolton Futsal Club announced today that they have appointed Stuart their assistant 1st team coach and Director of coaching. He will structure and implement a coaching philosophy throughout the club.

The England International will also continue in his playing role once he has fully recovered from a season-ending injury that he suffered in his first competitive match, in which he scored 3 goals, but is now on track for the start of the new season.

“We are indeed privileged to have him as a major part of the club and he is committed to developing Bolton Futsal Club into the leading club in the UK for the production of junior English players.”

Here is an interview Stuart did when he joined Bolton Futsal Club at the beginning of this season last September: