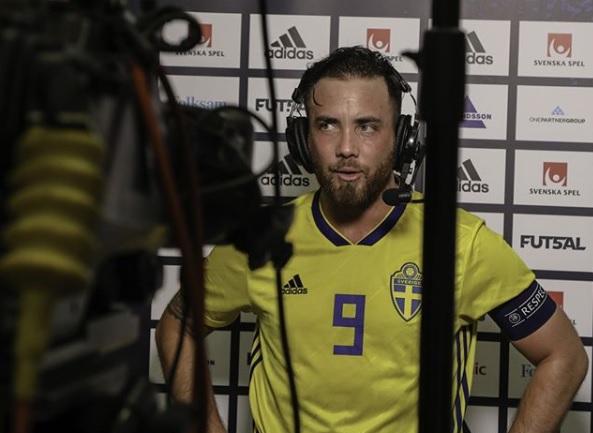 “I feel as though we have developed our game a lot, and even the way we think about Futsal the last few years. Our Head Coach Matija Dulvat has taken us to a whole new level with his professional mindset and the way he views the game. “ Swedish Futsal International Kristian Legiec

During the 2020 FIFA Futsal World Cup preliminary round qualifiers, a fixture which stood out and caught Futsal Focus’ attention was Group E fixture between Belgium and Sweden.

Sweden is currently 57th in the Futsal World Rankings and still considered a developing Futsal nation whereas Belgium is 27th in the world and have a long history with the sport of Futsal since the 1960s. The Belgium Futsal Association was the first in Europe and now they select players from a professional league setup. However, the Swedish Futsal performance in the preliminary rounds against their experienced opponents shows just how far the country has come in their Futsal development plus the professionalism and experience that their Head Coach Matija Dulvat has brought with him from Croatia.

If you didn’t have an opportunity to watch the match between Belgium and Sweden, the fixture ended 8-5 to Belgium but Sweden began the match looking like they could pull off a shock victory. Sweden took the lead in the first 12 seconds through Petrit Zhubi who also extended their lead to 2-0 but Belgium hit back with a goal from Valentin Dujacquier. After this, Belgium continued to battle to equalise and did so when Diniz Pinheiro found the goal. However, to their frustration, Sweden pulled away again going 2-3 through Albert Hiseni. Just before the half-time whistle would blow, Belgium levelled when Ibrahim Adnane hit the back of the net to make it 3-3 and Ahmed Sababti put them head for the first time in the match, half-time ending 4-3. The second half would be no different, the action continued from end to end, Belgium would start how they ended the first half, going 5-3 ahead (Ibrahim Adnane – second goal) in the first minute of play, but three minutes later, Sweden reminded their opponents that they are still in the game through Kristian Legiec, 5-4. The victory would be Belgium’s when earlier goals scorers Valentin Dujacquier and Diniz Pinheiro would find the net again for their country, Dujacquier scoring his hat trick and Diniz Pinheiro making it 8-5 after Sweden had made it 7-5 when Fredrik Soderqvist scored.  Despite the defeat, Sweden progressed to the 2020 FIFA Futsal World Cup Main Round Qualifier in second place and will compete in Group 7 against hosts Croatia, Russia and Bosnia & Herzegovina. Below, you can watch highlights of the match:

After the match, Futsal Focus reached out to the Swedish FA and spoke with their Head of Futsal Development Per Broberg, Head Coach Matija Dulvat and Swedish Futsal International Kristian Legiec.

Head of Futsal development Per Broberg believes organizing the national team fixtures in different cities throughout the country is the best way to aid the game’s growth: 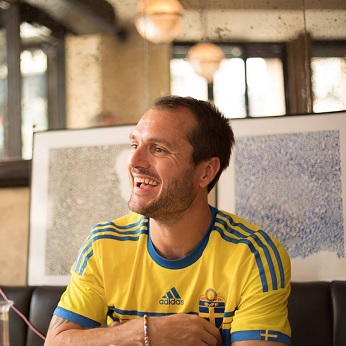 Head of Futsal development Per Broberg

“I think that the Futsal movement is now really starting to moving forward. With one National League for Men in cooperation with the Swedish Elite Football organization, Futsal is moving in the direction of a more professional sport.”

“The Swedish FA has launched in two years a Women National Team and boys U19. This year, the FA in cooperation with the districts developed the first official training course and we have also educated trainers in our district. In five years we have gone from 700 futsal teams to 1800 teams and to over 170,000 registered Futsal players.”

“We also saw in the World Cup qualification round that there is a lot of interest in the sport. In three days, we had over 4000 spectators and our last match was sold out against Belgium with 2,000 in the stadia and we had to, unfortunately, turn away 300 fans. The matches were played in a town that doesn´t have any Futsal and it shows that our strategy to present the sport in different cities is the right way to go.”

“It was also important that the team managed to qualify for the Main Round and I know that the players and the coaches will do their best to win matches in the next round against more experienced teams.” 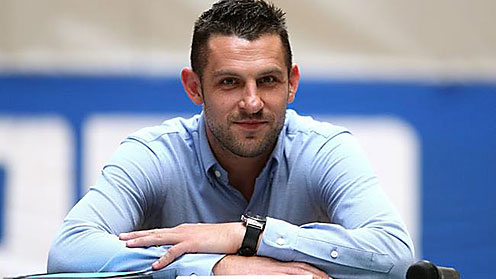 “We had a tough group with Armenia, Belgium and Malta. After the victory against Armenia, we knew that we could compete with Belgium even though Belgium is a great team. We started very well but the experience of the Belgium players was key to their victory over us, they didn’t lose their heads and in the end, they punished us for our mistakes.”

“In the Main Round of the 2020 FIFA Futsal World Cup we will have teams on Belgium’s level and even stronger but we also have now nine months to work, prepare ourselves and to try to achieve our goal by progressing to  the Elite round.”

“I am really enjoying my experience with the Swedish Futsal team and the great work being done to take the sport forward. For the stage that Sweden is at in terms of its development, it has a strong league consisting of 14 clubs. The competition is important and helps to develop players with regular competitive matches.  The league and the teams can only get better and better every year. Futsal across the world is getting bigger and it’s amazing how interest is growing in the sport. In Alingsas, for the Preliminary Round, we had 4,500 spectators and on the last day against Belgium, 300 people couldn’t get in as the game was sold out. After the game even though we lost, the people who came out to support us went home happy with the entertainment that Futsal had given them (for a lot of them this was their first ever game) and this is what gives us faith that Futsal will be one of Sweden’s most popular sports in the future. It’s very important that the organization and development of the sport is given the attention and support it needs and the Swedish FA are fully behind the sport and this is why Futsal is growing so fast in Sweden.”

“In the Main Round, all the competing teams have the same goal and only 16 will progress. Qualification for the World cup is very difficult but we will take it step by step and our next game (the first game of the main round) in Croatia is the most important for us and then we will see, we are still on the road and we will see where it takes us.” 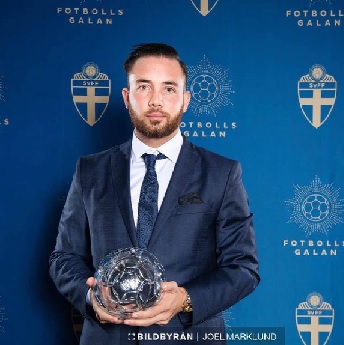 “I feel as though we have developed our game a lot, and even the way we think about Futsal the last few years. Our Head Coach Matija Dulvat has taken us to a whole new level with his professional mindset and the way he views the game. “

“Our physique and overall development have increased the more we have played Futsal together, combine this with the fact that the Swedish Football Association has backed the game more the last few years. Both the Swedish Futsal League and the National Team are now much more regarded and are of a higher standard. Players and coaches alike have taken more responsibility and have a will to develop and compete with the bigger Futsal nations of the world.”

“Regarding the Main Round, we now have a few months to prepare and work on our conditioning so we can maintain a tactical high pressure throughout the course of our games, which I’m sure will pay off and help us to reach the next level. It takes time to come up to the levels of those who are best in the world, but we have a constant ambition to always get better, and I think this shows in our recent performances. Our aim in the Main Round is, of course, to try and cause an upset and progress even further in the competition with some big performances and with a little bit of luck, anything is possible.  We will go into the Main Round with respect for our opposition, who are among the best in the world.”

Check out the Swedish FA’s latest promotional video below:

If you like this article and you want to read more articles on International Futsal,  go to the top navigation bar or hover your mouse over and click on here

Futsal Focus followers are signing up for the FutsalFocus newsletter which we will be launching soon. If you would like to receive the Futsal Focus newsletter, please go to the bottom of the home page to submit your details or click here and send us your email address.