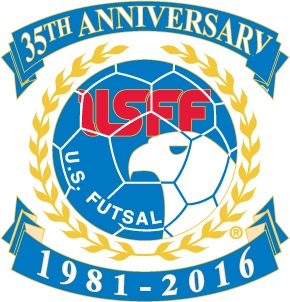 The United States Futsal Federation is proud to announce a new coaching tandem for the Women’s National Team. Jen Short and Roxy Kamal have been appointed to build and the train the 2016 squad, which shall compete in the 12th Biennial Pacific Cup this summer. The tournament will take place in San Jose from July 14th to July 17th, 2016. Evaluations for Northern California talent took place through May 27th at the Burlingamer Sports Center, which has served as a key site for the Bay Area Futsal since 2011. The team also hosted an additional tryout in Los Angeles on June 5th. Jen and Roxy hail from a strong futsal background, having served as key directors of Burlingamer Sports Center and Game Futsal School. 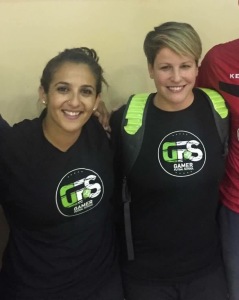 When Burlingame Sports Center was founded in 2011, Jen was entrusted as General Manager of the organization and has maintained that role throughout the complex’s growth and impact on the local sports community. Roxy joined at the start of 2014 and has diligently served as the center’s Director of Leagues and Marketing, while also juggling coaching responsibilities and graduate school coursework. Their personal accomplishments, in conjunction with the efforts of the facility staff they manage, have cultivated Burlingamer Sports Center into the premier destination for sports leagues, camps, classes, child development, private rentals, and parties. Burlingamer was originally founded by Donna Colson, whose philanthropy and passion for supporting the local sports community has kept the organization thriving. Since opening Burlingamer, Donna has worked to promote the sport locally and advance the youth and women’s participation. Donna was also recently elected to Burlingame City Council.

Jen and Roxy have a track record of success. In their U.S. Futsal past, they have traveled to Brisbane, Australia for the 2014 Pacific Cup, where Jen served as Assistant Coach and Roxy as team captain. The tournament culminated with Roxy scoring the penalty shot against Australia that secured the championships. The previous year, Roxy was a player when the team traveled to Barrancabermeja, Colombia for the 2013 AMF World Cup, while Jen functioned as the Team Adminstrator. In addition to their involvement with the U.S. Futsal organization, they have also managed the competitive youth and adult futsal club Gamer Futsal School (GFS). Teams representing GFS have amassed seven U.S. Futsal regional titles and five national titles in four years of competition.

For their next endeavor, Jen and Roxy are looking to solidify a Women’s National Futsal Team that will give U.S. Futsal the best chance of winning the upcoming Pacific Cup. Opposing teams representing Canada, Mexico, New Zealand and Australia will be vying for the title in July.

Having established themselves as key players in the promotion of Futsal, and especially the recognition of women’s Futsal as a marquee demonstration of female athlete achievement, Jen and Roxy have long term ambitions for the sport that are to be admired. The duo is striving to popularize the game across the United States such that Futsal is accessible by all women capable of competing at a professional grade. Ultimately, Jen and Roxy seek to establish a reputable and consistent program that will maximize participation and level of skill associated with women’s Futsal in the United States.

U.S. Futsal President and CEO, Alex Para, weighed in on his recent hire, “Jen and Roxy made a tremendous impact on the success of the team at the Women’s World Cup in 2013 and again in 2014 at the Pacific Cup in Brisbane, Australia. I am confident they will continue to grow this program in the best of women and Futsal across the United States.”