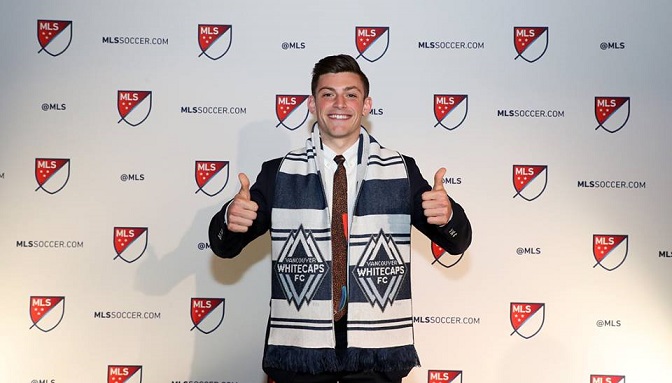 In Philadelphia, the United Soccer Coaches Convention at the Pennsylvania Convention Center took place.  It is regarded as the world’s largest gathering of soccer coaches and administrators, the five-day convention featured live presentations, educational opportunities, and social activities, which began on Wednesday, January 17.

In addition to these influential sessions with team and League representatives, the MLS SuperDraft 2018 presented by Adidas held on January 19 continued as a long-standing convention staple for a 16th consecutive year. Live from the draft room, convention attendees watched the proceedings of the first two rounds, as college seniors, Generation Adidas players, and Youth Internationals hoped to be selected by one of the 23 MLS clubs ahead of the 2018 season.

U.S National Futsal team players,  Lucas Stauffer (Main picture) and Ricky Lopez-Espin. Stauffer and Lopez-Espin were each selected for and participated in the 2018 MLS Adidas Player Combine in Orlando (Jan. 11-17).

Lucas has played Futsal for most of his young life, playing for Sportstutor Futsal Academy from 2010-13 and won a national championship and a pair of regional titles and is the youngest player to compete for the U.S. Futsal National Team. For the U.S national team, Lucas made 16 international appearances and scored eight goals. He won the 2013 Four Nations Futsal Tournament with the USA squad in England and competed in multiple men’s national team Futsal camps as well as the Grand Prix of Futsal in Brazil since 2011. 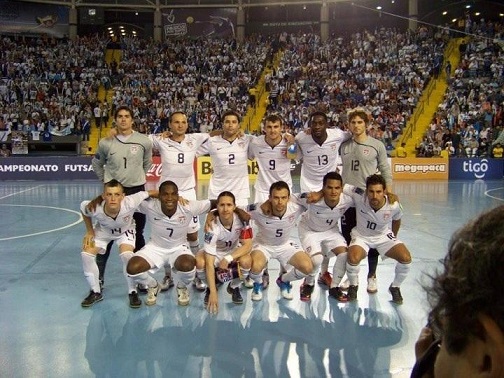 Lucas Stauffer (First on the left, front row) at the Grand Prix of Futsal in Brazil 2011.

Ricky Lopez-Espin,  the 2017 Co-BIG EAST Offensive Player of the Year, led the BIG EAST in points and goals during the regular season. The Miami, Florida, native scored 11 goals and added three assists to total 25 points during 17 regular-season matches.  The senior also paced the conference with 15 points and seven goals during BIG EAST contests. The co-captain ended his career with 30 goals to take over sole possession of eighth place on Creighton’s career goals list. Lopez-Espin made the All-Great Lakes Region Second Team following the 2016 season.  The U.S National Futsal player is pictured below with his National team head coach, Keith Tozer. 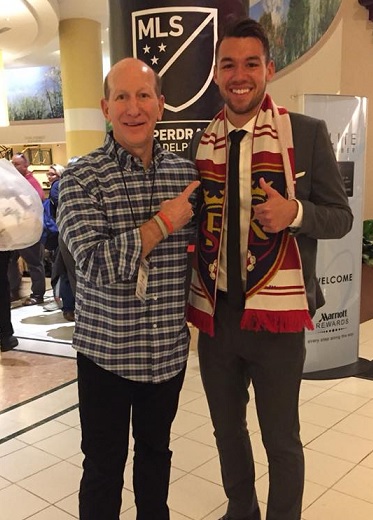