A vision for the future of futsal in Angola, Africa and beyond 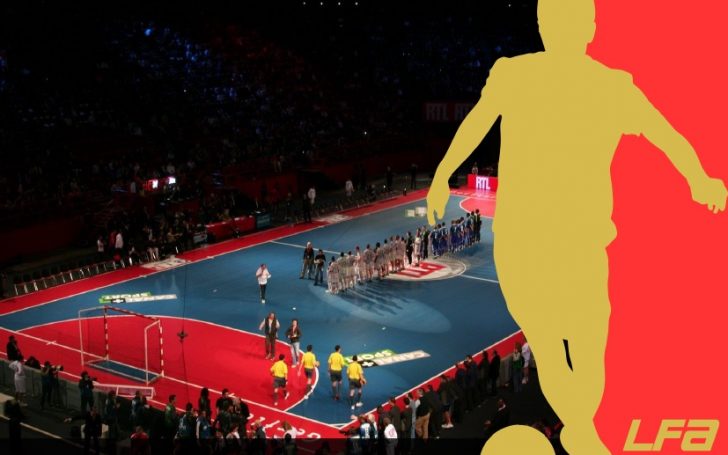 Exclusive to Futsal Focus: This article was created by Mr. Dino Paulo, who is a part of the Board of Advisors to the Angolan Futsal Federation, which is establishing Angola and Africa’s first-ever professional Futsal League.

Currently, Dino is the CEO of Decathlon Marketing Sports Lda and since 2011 he has organized many sports events nationally and internationally and has provided consulting services to football clubs and players. Dino established his own football club, Kilamba City Football Club, in 2019 and is currently its President. He served as an Executive Director of the Angolan Football Federation (FAF) from 2017 to 2018. In this capacity, Dino was responsible for creating the National Football Development Plan, the FAF Business Plan, the FAF Marketing Plan, and the future Angolan Football League Plan.

Mr. Paulo is also the Regional Director for Southern Africa and Angola at Africa Sports Ventures Group – ASVG. In addition to being a member of the Angolan Olympic Committee and recently he announced his intentions to run for the Presidency of the Angolan Football Federation.

“We are launching the first professional futsal league in Angola and in Africa, setting a precedent for the other African nations to aim for. However, we also see our model as an example to all futsal developing nations not just in Africa but around the world. Futsal is not football, futsal clubs and futsal leagues don’t have to be developed the same way that football traditionally has been.”

Angola recently qualified for our first FIFA Futsal World Cup happening in 2021 in Lithuania. The last time Angola qualified for a FIFA World Cup however was for football in 2006. Therefore, you can imagine the public interest this has sparked especially as futsal is arguable our most popular participation sport. For futsal in Angola to take advantage of this success by our national team in order to increase interest in futsal as a career opportunity, and a business opportunity, we need a professional league which will be a game-changer for the sport. 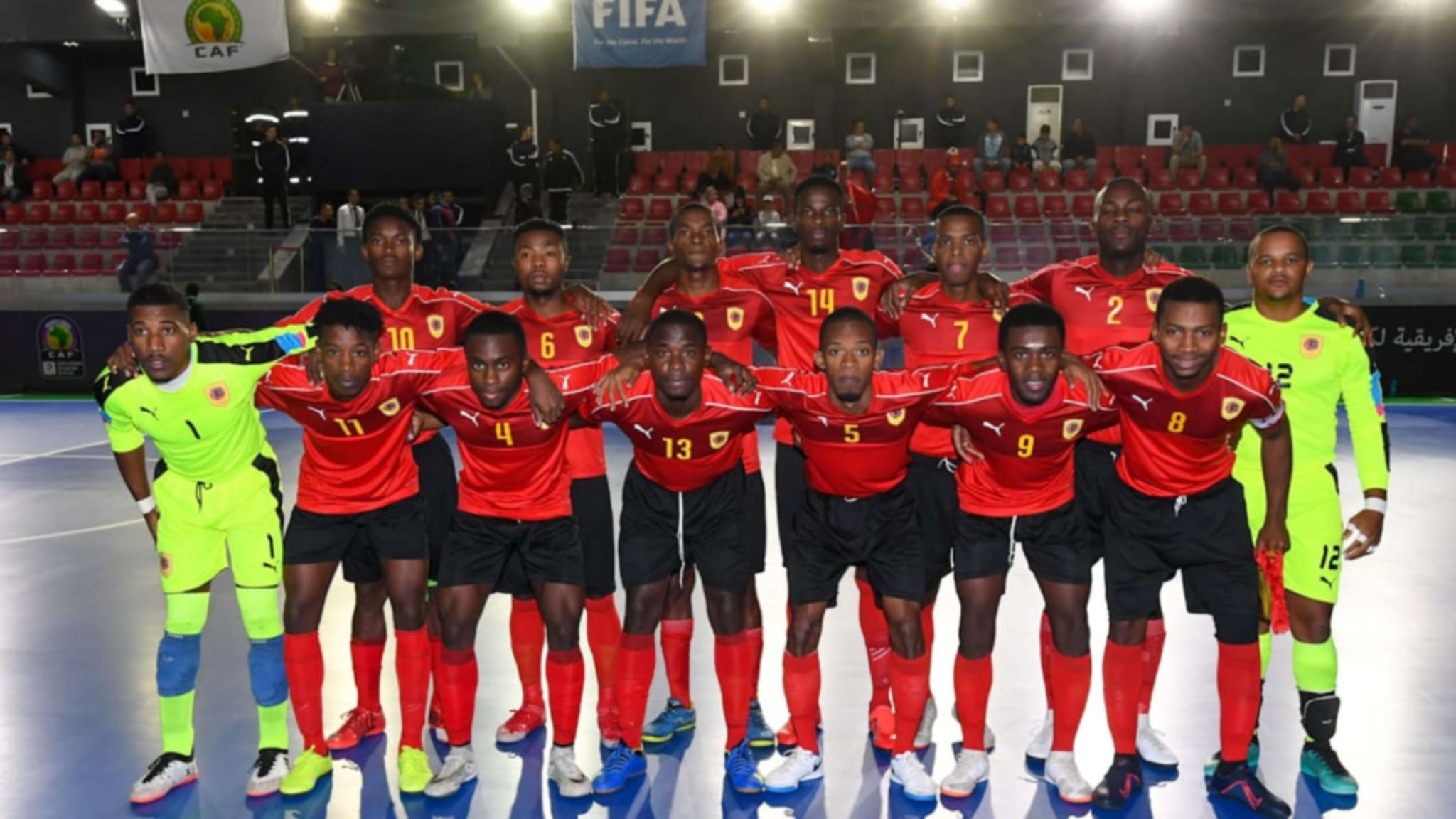 In February 2021, we will take that next step in our futsal development with the launch of The Futsal League of Angola (LFA). The league will be franchised based, a model inspired by basketball in North America and by Brazilian Futsal which is one of the best futsal leagues recognized worldwide.

To participate in the championship, you must buy a franchise or join an existing franchise. The purpose of the franchise system is to:

Decathlon Marketing and Sports (DMS), the Angolan Football Federation Sala (FAFUSA) and the Futsal League of Angola (LFA) will work together with the philosophy of always bringing the best show to the public in partnership with:

The champions of the league in addition to receiving a cash prize and a trophy will also represent Angola in an international tournament. LFA owners come from a variety of successful business sectors; these selected local owners all have one thing in common; they are committed to providing opportunities for local players to play at the highest level, giving fans and sponsors an incredible experience whilst giving back to the community.  The LFA’s vision is to set up a National Professional League that is made of Regional Divisions that will fill a market niche for indoor sports throughout the country with a ‘Sustainable Business Model’.  A model that will provide a quality product on the courts along with being accessible entertainment for all, the league will give companies an efficient platform to market their products and services to. While we do our part to grow futsal and give back to all LFA communities at all levels.

An example of the crowds the national team attracts to games:

Why the franchise model?

The Franchise model is more common in North American sports leagues. The model, unlike the traditional promotion and relegation system, provides the teams with:

The franchise model also provides us with the opportunity to organize divisional leagues to fit the financial capabilities of investor groups or owners.  By doing so they can provide opportunities to their communities that will be sustainable and beneficial, this is about opportunity after all, for the owner and their designated area/ community.  Though, we won’t have a promotion and relegation system in the traditional sense.  Should clubs in lower designated leagues show the growth potential to be a valued member of the top division by enhancing the quality and competitiveness of the league then the members can vote to accommodate the club. The flexibility of the league will also make competitiveness fair, should a club in a designated division start to dominate by outperforming on and off the court then the chance to be elevated is there to maintain the competitive balance and quality of the product at each divisional level.

Who organizes the LFA?

The LFA will establish a limit of 12 franchises for the top division. After the sale of the 12 franchises, you only have the option to enter if you:

The expansion also provides higher start-up costs such as:

The minimum criteria for obtaining a franchise:

The salaries for foreign players will be competitive with many leagues around the world and the c category will be based on the national average salary in Angola. However, they won’t be set in stone, salaries will be evaluated at the end of each season and the goal for all three categories is to increase salaries year on year depending on the success of the league and clubs.  Outside of the categories above is marquee players, each club is allowed one marquee player. The salary can be negotiated by the club but it must be within their financial capabilities or covered by one of their sponsors, we don’t want clubs to go into financial difficulties.  We see the inclusion of marquee players as helping the development and awareness of futsal not just in Angola but across Africa. Whilst also helping us to ignite an interest in Angolan futsal around the world which is only good for the sport’s development.  I haven’t provided salary examples even though we do have a salary cap range for each category because this is for each member club to negotiate within the set ranges with players.

An example of the talent we have here in Angola that clubs in Europe and beyond should be looking at:

From the information provided, you can see that the emphasis is to provide a model that will sustain our league, our member clubs and provide opportunities for all.  We are still working on strategy suggestions for clubs but we aim to connect them with their communities and help them cement themselves within the local culture, outlooks, and needs of their designated area.  I started this article by stating that I see this as a model for not just Angola but Africa and beyond and I truly believe this model is the right way to progress the growth of futsal, especially in developing nations trying to get to the next stage of professionalism. Of course, there will be small differences here and there depending on the country but in general, the model is an efficient way to get a sport of the ground and to a professional level.

There is so much more that could be discussed but for this article, I just wanted to provide you all with an insight into our plans and how we see futsal developing here in Angola. Thank you to Futsal Focus for suggesting this piece and we will follow this exclusive article with a promotional video exclusive to Futsal Focus fans where I will discuss the league and our goals for futsal further.