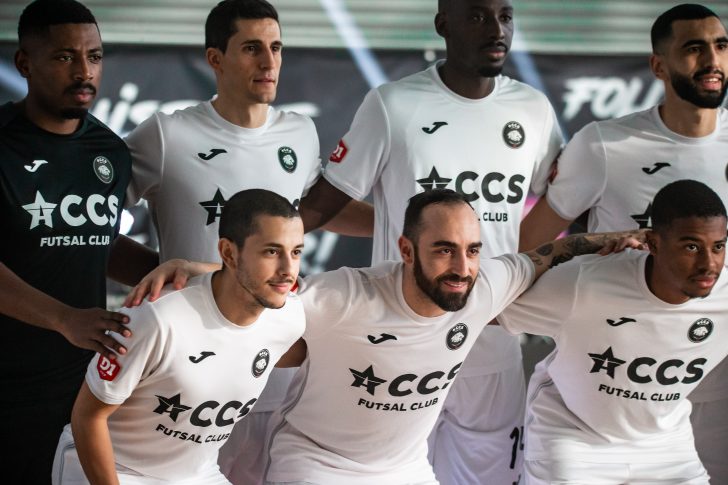 Futsal Focus reached out to ACCS Futsal Club in France and asked Awais Chaudry to write an article for us and he kindly agreed to do so. Today in this exclusive article, readers get an in-depth look at the club so that futsal fans can learn about how the club started and what they are trying to achieve:

My name is Awais and I am the Head of International Projects at ACCS Futsal Club. I’m currently based in Paris, France but I have lived and worked in numerous regions of the world. While my background is in IT, futsal is where my passion lies. I first stepped into futsal in 2002, and I have been fortunate to have enjoyed playing in England, USA and now in France, albeit more on the recreational side.  However, for the past five years, I decided to take a step back from playing and focus on the development of the sport, not in a coaching capacity but from a business perspective.  Before you read further, thank you for taking the time to read about our club’s journey so far…

In January 2020, a major French sports newspaper L’Equipe announced the signing of the famous Ricardinho with an upcoming and ambitious French club. This news reached almost every corner of the futsal world and overnight, the name ACCS Futsal Club became a household name.

Now known officially as ACCS Asnières Villeneuve 92, the journey for the club began in 2008 as a social organisation known as ACCES. On numerous occasions, I’ve been asked what ‘ACCS’ means. It stems from the original acronym ‘ACCES’ which stood for L’Association citoyenne, culturelle, éducative et sportive, which in English means Citizen, Cultural, Educational and Sports Association, and till today remains inside and represents the urban districts of Villeneuve-la-Garenne and Asnieres-sur-Seine. These humble beginnings form the basis and existing ethos of the club to continually develop and provide opportunities for up and coming French youth in socio-cultural, education and professional sports.

While futsal on a recreational basis began in 2008, it was in 2014, when the association launched a futsal club to help provide further opportunities and they entered the French futsal pyramid initially participating in the Ile-de-France regional leagues. As the club president Sami Sellami stated in 2017, “The objective was to create a positive dynamic in the neighbourhood to unite both young and old. Our objective is to tell the world that we started this project from scratch, and we can do it in any area.” 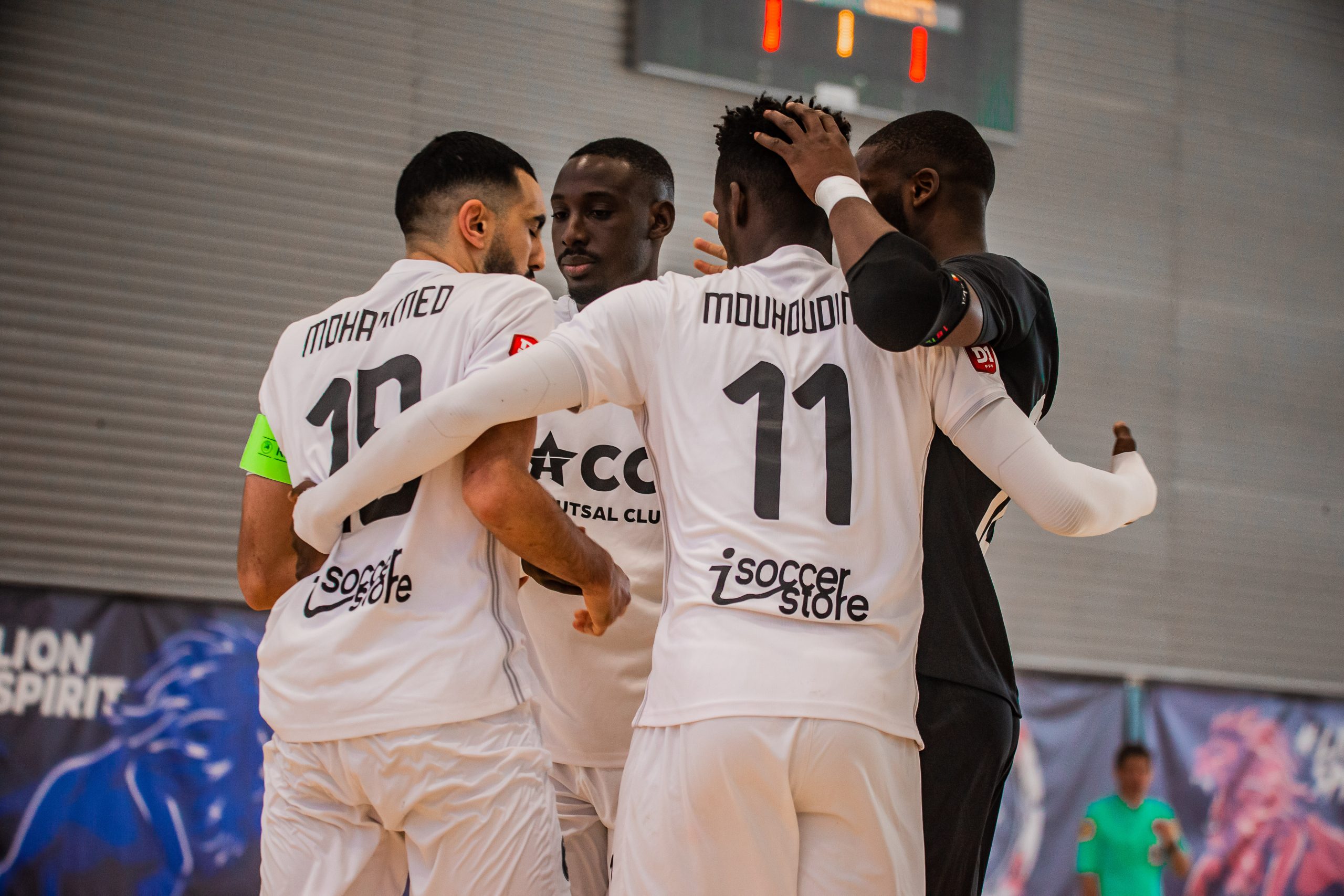 On the French circuit, the club was building its reputation earning simultaneous promotions season-upon-season and hit a pinnacle in 2017 when the club won the French Cup as a non-D1 or D2 club. During 2016 and 2017, the club attracted numerous players such as current club captain Abdessamad Mohammed, Kevin Ramirez, Sid Belhaj, Souheil Mouhoudine and others, providing playing opportunities for French talent. 2017 and 2018 saw much development of the club structure on and off the court. 2018 marked the first trans-formative year through a merger with Paris Metropole Futsal, and changed its name to ACCS FC Paris VA 92 to represent the Greater Paris area in the D2 league. The dream of using structured futsal as a positive influence for good was slowly becoming a reality. Within France, the club was gaining popularity, whilst attaching to the purpose and ethos of what the club was built upon.

Fast forward to the second trans-formative year in 2019. With promotion achieved to D1, we established ourselves as an elite club capable of competing at the highest level, while proudly representing the urban roots of the club. The club saw former-Barcelona and Kairat Almaty player, Igor and Serbian International Miodrag Aksentijevic join the club and showed the intent of launching an assault in the league. Moving into 2020, the announcement of International stars Ricardinho, Carlos Ortiz, Humberto, Bruno Coelho, alongside French talent Landry N’Gala sent shock waves throughout France, and subsequently the world. The club’s intent was set. The best of the world, with the best of France. That fusion of talent and experience would surely justify the foundations of what the club was built on; anyone who has the vision and ambition can reach their goal despite what life may throw at you, and what limited opportunities you feel you may have..

The First Season Kicks Off

The club has made its name on a domestic level, but internationally the club had no representation. In fairness there is still much that needs to be done for the non-French speaking futsal community. This is a steady process, especially with what COVID-19 has thrown at the sport this year. As the sole individual handling everything related to activity outside of France, even before this season kicked off, I was inundated from individuals who were curious to know whether the announcements were true, whether Ricardinho, Ortiz and others were actually coming to Paris. In a way, the COVID travel restrictions only provided extra suspense. Without giving too much away at the time, we were left with informing all the doubters…to just watch this space.

Domestically, the step taken by the club was immense and as time got closer to the arrival of the players, much of the doubt was coming from more established leagues; it was difficult for Spanish and Portuguese clubs to understand why their great players would uproot and move to a developing futsal nation. The time I’ve personally had to talk with some of the new arrivals has highlighted their objective of doing everything within their power to help the sport of futsal establish itself outside of the usual powerhouse leagues such as Spain, Portugal, Brazil, Russia and Iran. However, it is important to understand that futsal is still developing in France and will take the sport a while before it can confidently state as being on par with the known well-established pro leagues. The aim of the club was always to develop and enable French players to play and succeed at a high level, and what better way to develop their understanding of the game than playing with personalities who bring unmatched skill and experience at the highest levels. In July 2020, the club changed its official name one final time, to further establish the link between the club and the partner districts; to become ACCS Asnieres-Villeneuve 92.

To this day, the club management have formulated a process that infuses the best of international and French talent, and it has been quite apparent in the all the matches played so far, including the recent Champions League debut. The last five matches have taken place within France second lockdown, but the intensity in each match has been apparent.

The impact made by the club has been quite remarkable on and off the court. The professionalism lead by experienced personalities like Ortiz, Ricardinho, Abdessamad and others has helped harness a close-knit bond within the ACCS family. Despite the ‘untouchable’ nature of professional sports, collectively the players have stayed connected with the urban areas that they represent by participating in community outreach events hosted by the districts of Villeneuve and Asnieres. The players have also spoke at workshops for youth programmes and attended meet-and-greets with the club’s academies. Ensuring a link with the community has been the mindset, not just for the local French stars that hail from the same neighbourhoods, but also for the international players now live among them.

COVID has had an impact on futsal clubs across the world. Despite this situation, the club had begun establishing ties with fellow futsal entities around the world to help build an ecosystem that was not seen before in the futsal world. The establishment of new partnerships were set about to harness knowledge and share resources, only to find that any activity planned in late 2020 and early 2021 would have to be postponed. It made sense to wait this out, keep the conversation flowing with club partners and look to build activity once the COVID situation eases. Going into 2021, the aim is to finalise two additional partnerships and begin creating more community-based initiatives internationally.

On the court, the club aims to continue successfully on the domestic front, to have a great run in the UEFA Futsal Champions League and to ensure the entire first team continue to gel together as the season progresses. It’s important to note that this is only the first season and whilst expectations on and off the court are high, the club has all the necessary playing, non-playing and front office staff that can support the club’s success in 2021 and beyond. 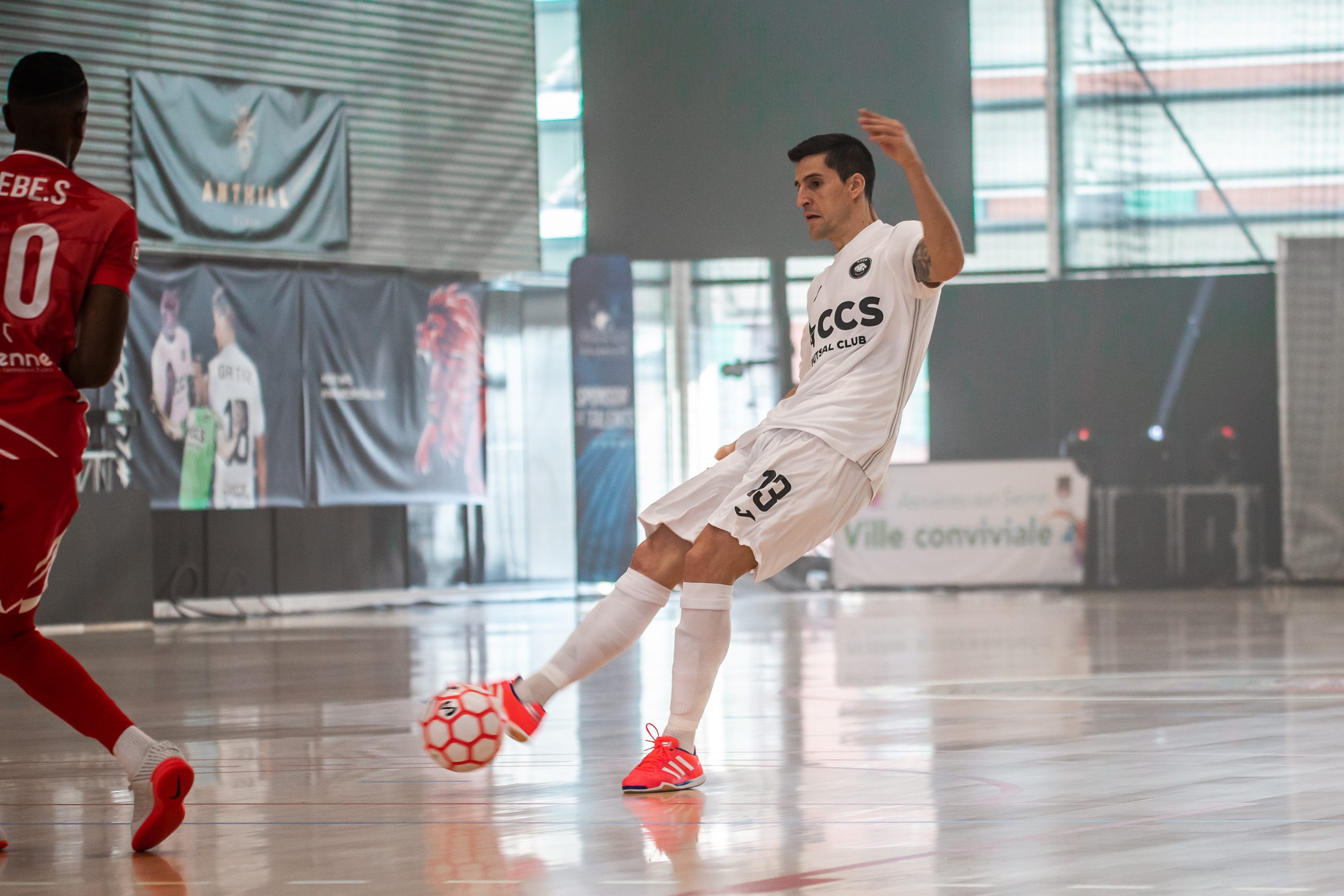 I couldn’t be prouder to be a part of this project, club, staff, players, and community. Every day, we are working hard to achieve our goals, further our development, embed within our community, and reach out to our districts. By doing so, we continuously strengthen the foundations of our club and the international network we have built.

Thank you Futsal Focus for this opportunity to discuss ACCS Futsal Club and to give futsal enthusiasts an insight into our club, our dream, and our determination to be a success, not just for us, but for French futsal and the futsal industry.