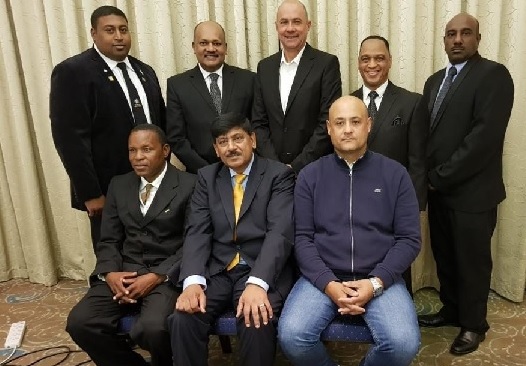 Sportsclub.co.za reports that the South African Indoor Football Association (Saifa) and the South African Futsal Federation (Saff) met and announced that they have agreed in principle to integrate their two structures to form one unified Futsal structure in South Africa.

The two parties held a meeting which took place in Durban on 5 May, to find a solution to their challenge of having two Futsal bodies in South Africa. As a result, both the Saifa and Saff have agreed to unify the two parties to form one Futsal structure, as they both have similar objectives and visions to seek parallel affiliation to both Fifa and AMF to best serve Futsal in South Africa.

Saifa released the following statement on the outcome of the meeting between Saifa and Saff, which reads:

Many of you would have heard of Futsal which is a five a side game played worldwide. Fifa the world controlling body of football has a Futsal world cup for men every four years similar to the traditional eleven a side game.

AMF is a similar structure that operates parallel to Fifa but unlike Fifa, it caters only for Futsal competitions in most age groups for both males and females, worldwide.

Safa has delegated its responsibilities of Futsal to its Associate member, the South African Indoor Football Association (Saifa) which was formed in 2002.

In 2017, the South African Futsal Federation (Saff) was established and it is affiliated to AMF. This resulted in the presence of two Futsal bodies in South Africa with similar aims and objectives.

In order to find a solution to the challenge of two Futsal bodies in South Africa, and with the view to working towards a single united Futsal structure, Saifa initiated a meeting with Saff which took place on Sunday, 05 May 2019 in Durban. The parties agreed in principle to integrate the two structures so that there is only one unified Futsal structure recognised by Safa in our country. It is the stated intention of both parties to develop a holistic and sustainable unified Futsal structure that will seek parallel affiliation to both Fifa and AMF so that it best serves the interest of Futsal in South Africa.

The meeting was attended by members of the Saifa Executive Committee and two representatives of Saff including their founding member. This is the beginning of many meetings to follow in the integration process.

Futsal Focus looks forward to learning how this will work, we shall have to wait and see because other countries have the same situation across the world.

After this announcement, the fifth edition of the National Futsal League hosted by the South African Indoor Football Association (SAIFA) launched on May 24 at the YMCA, Pietermaritzburg with the aim of reaching new heights in the 2019 season.

This season’s league fixtures were played in a festival format over two days with a total of five festivals in five cities and six matches per each festival.

The competition was made possible by partnerships with the 2010 Fifa World Cup Legacy Trust and the South African Football Association, features six franchises from around the country.

“We are indeed grateful to Safa and the 2010 Fifa World Cup Legacy Trust for the grant in the sum of R2 million, which is evident of Safa’s commitment to the development and growth of Futsal in our country,” said SAIFA president Poobalan Govindasamy.