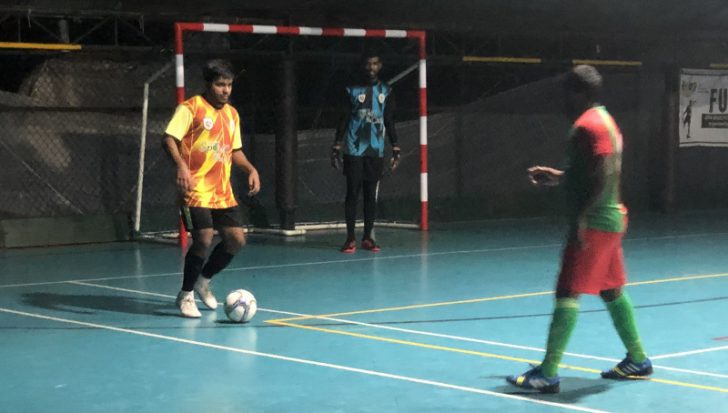 The football-crazy state of Goa has been slowly warming up to futsal with more than 15 futsal courts developed in the state in a span of no less than 10 years and promoters of the sport have termed it as a nursery for football players and initiation into football. Some futsal fans reading this will not like this type of marketing but for those with no knowledge of the sport other than it’s a ball being kicked, its football, then futsal will continue to be seen this way until people become more educated about the sport. Futsal to get better at football unfortunately will be the headlines in many developing futsal countries before the sport builds an appreciation for itself.

Talking to PTI, Futsal Alliance of Goa president Benjamin Silva said they took baby steps to promote the sport in 2016, and six years down the line, their efforts have borne fruit.

Silva recalled how the journey was not easy, as the Goa Football Association (GFA), which is affiliated with FIFA, refused to extend a helping hand.

We continued in our own way. Our intention was to create more futsal players in the state, he said.

With no proper infrastructure in Goa, futsal took time to grow in the state. But now, there are enough grounds and an ample number of teams engaging in the fixtures.

The Don Bosco Institution at Fatorda in South Goa has come as a savior for the game by constructing an international standard futsal court on its premises and opening up opportunities for hosting games in the coastal state.

Ten years ago, when we conducted the first futsal tournament at Don Bosco Oratory in Panaji, we had to import balls from Australia. There were no balls available in India for this sport, said Fr Raline D’Souza, rector, Don Bosco Fatorda.

Fr D’Souza said the situation is much better now as the sports has gotten recognition.

Another priest and promoter of futsal, Fr Kinley D’Cruz of Don Bosco Fatorda, said more youngsters are getting attracted to futsal and it is being played across different age groups and has become “a nursery for the football players”, in the sense that it is a good initiation into football.