Futsal development in the Republic of Trinidad & Tobago 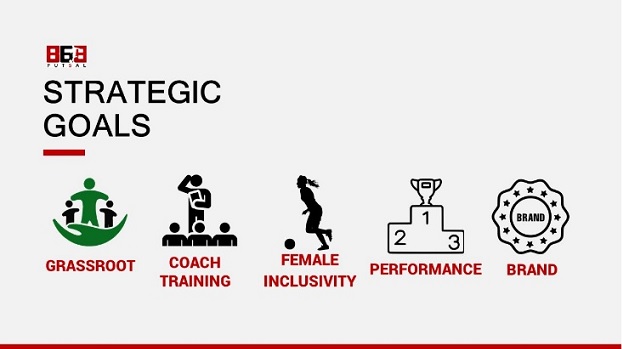 Today’s interview is with Geoffrey Edwards, the President of the Futsal Association of Trinidad & Tobago since 2014. Geoffrey is one of the youngest Sport Administrators in the southern-most Caribbean with over 15-years of international work experience in the Oil and Gas industry. He possesses an International Master in Management, Law, and Humanities of Sport (also known as the FIFA Master) which was completed in 2019. Presently, Geoffrey is Trinidad and Tobago’s Programme Coordinator for The International Centre for Sports Studies, known mostly by the initials CIES from the French Centre International d’Etude du Sport whilst driving the development of futsal and its awareness in his own country. One project, in particular, that is driving awareness is the Association’s weekly online show called Futsal868 Corner Talks. This talk show incorporates interviews with relevant discussion on a wide range of topics with many credible, experienced, and successful global sporting executives and athletes.

Geoffrey, thank you for agreeing to this interview and welcome to Futsal Focus! 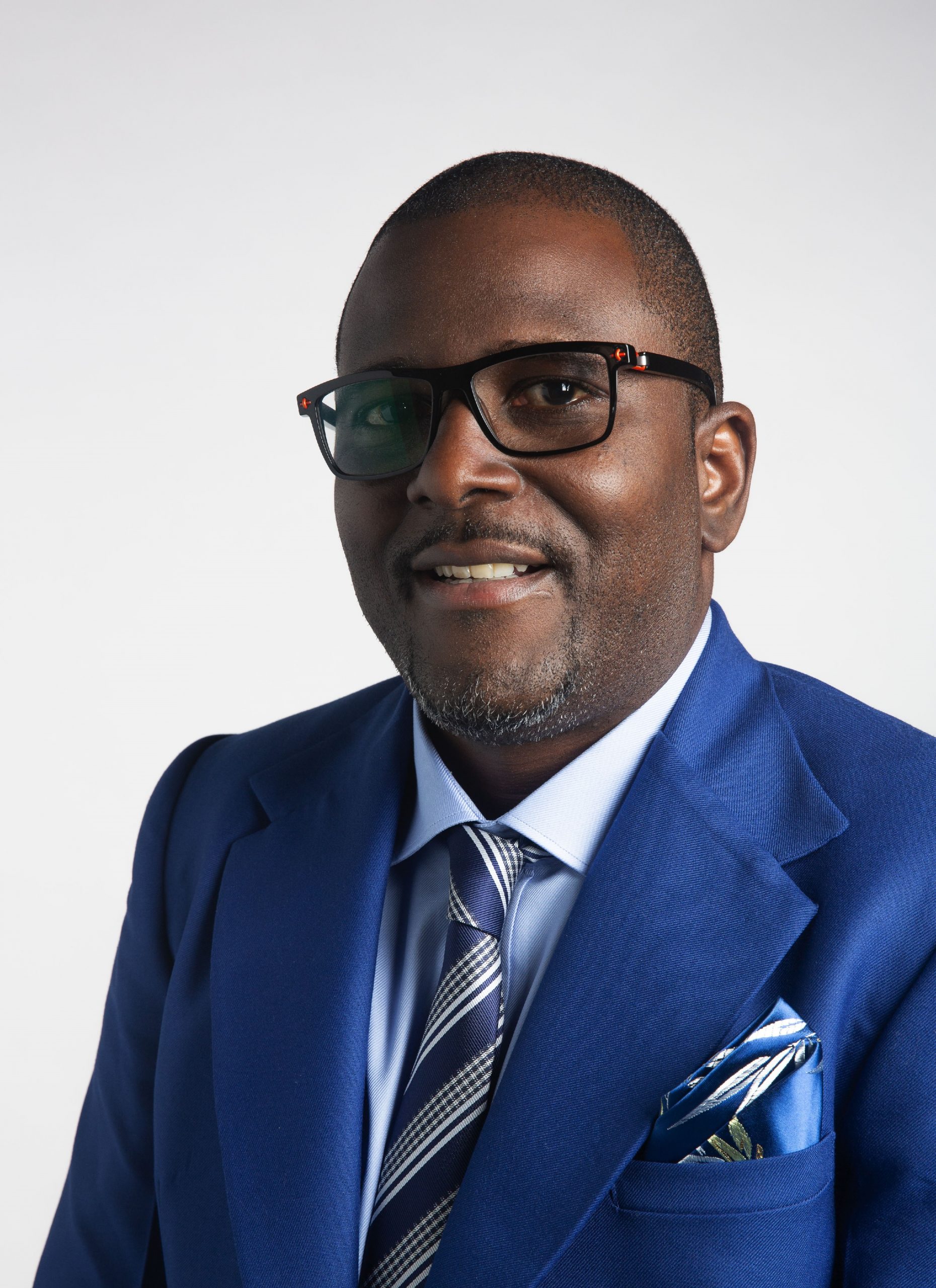 FF: Can you give Futsal Focus readers an understanding of where Futsal was in terms of its development in T&T before becoming President of the Futsal Association of Trinidad & Tobago?

GE: The Futsal Association of Trinidad and Tobago (Futsal868) was ratified as a full-body member of the Trinidad and Tobago Football Association (TTFA) in February 2014. Prior to this, the sport of futsal was none existent administratively. On the field of play, the same adjective could be used as there were few competitions and no leagues. The only “meaningful” activity was the participation of the Men’s National Senior team in World Cup Qualifiers through the CONCACAF Championship. Participation in the latter tournament occurred only in 2004, 2008, and 2016.

FF: What has been the journey of the sport of futsal in Trinidad & Tobago since becoming a full-body member of the National Governing Body?

GE: The trajectory for the development of the sport of futsal in Trinidad and Tobago has been a steep upward climb. As one of the youngest members of the TTFA, there were many obstacles and ‘teething’ problems in our first four years of existence. Many individuals resisted our vision, which is to positively impact the national sporting landscape. However, we overcame and we are embracing the many lessons learned from each stepping stone. In September 2017, the Futsal868 hosted the instructor-led CONCACAF Futsal Coaching Course with twelve (12) participants, who received certifications upon completion. Our true defining moment was in 2018 when the Futsal868 was given the sole task to prepare a Girl’s Under 17 team to participate in the Buenos Aires Youth Olympics where Futsal was played for the first time at the Olympic Movement. With only two (2) months to prepare, we employed the bro-bono services of U.S. duo of Mr. Constantie Konstin and Mr. Otto Orf who performed “miracles” for a commendable showing on the international stage. Their service of love, the dedication of the Futsal868’s Executives, players, and their parents impacted us tremendously to grow…and we have.

FF: Since launching the Futsal868’s 5-year Strategic Plan in 2019, what has been achieved to date, and how have you adapted it since the Covid-19 pandemic?

GE: The Futsal868 5-year Strategic Plan was adopted democratically by the National Sporting Organisation’s Executives in March of 2019. The Plan has five (5) pillars which include Grassroot Development, Coaching Education, Female Inclusivity, and Brand Awareness Building. Since then, the Futsal868 has successfully executed the following activities based on the respective pillars:

As of March 2020, all activities related to the Strategic Plan were paused to the COVID-19 pandemic. Thus, in an effort to “consistently speak to our stakeholders during the new normal”, Futsal868 Corner Talks was created. This initiative is an online Meet-Up Series which is streamed via Futsal868 Facebook page and YouTube Channel where global sporting professionals shared and continue to share their experiences & perspectives on Futsal and social topics related to sports including racial inequality and social justice, mental health, and emotional intelligence, gender equality, and inclusion just to name a few. 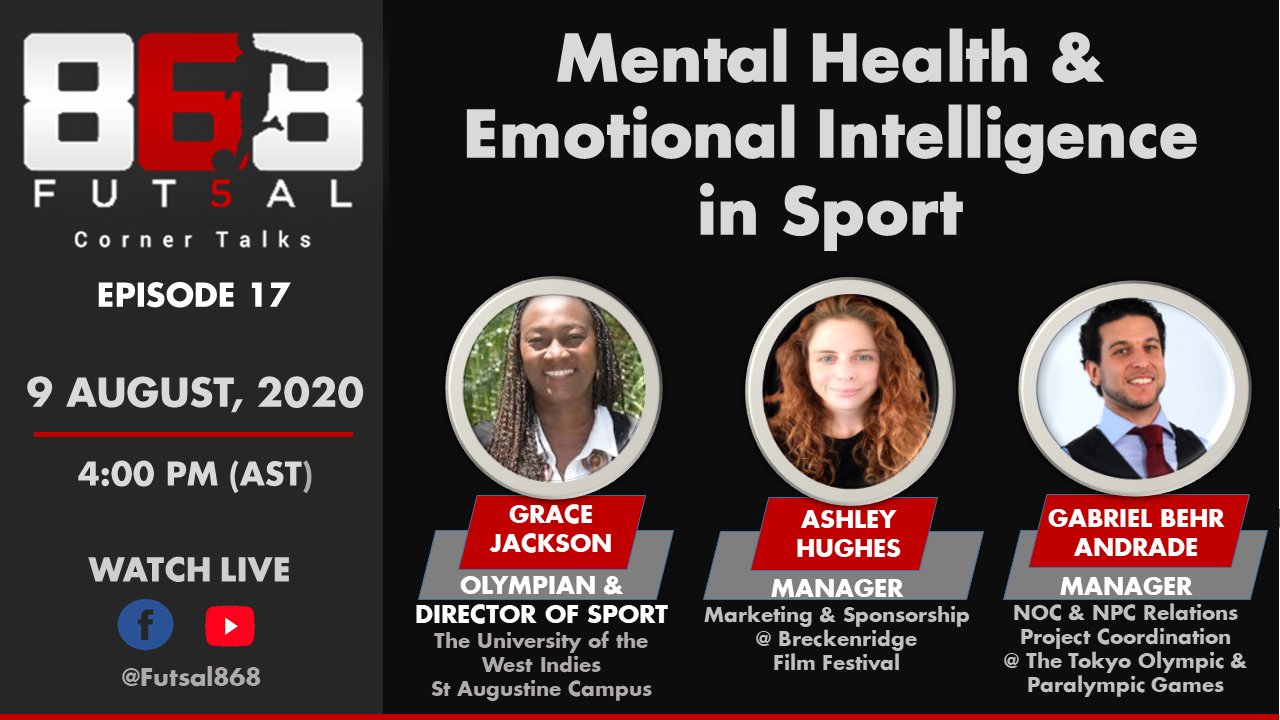 To date, there has been twenty episodes with guests such as Mr. Michael Guco – Head of Futsal in the Philippines; Jamaican Ms. Grace Jackson, Olympic medalist – 200 m Silver at Seoul Olympics; Mr. Keith Tiozier – Commissioner of the US Professional Futsal League; Mr. Otto Orf – Assistant Coach of the US National Futsal Team; Yash Chugh – former Indian Futsal Player and Mr. Brian Lewis – President of the Trinidad & Tobago Olympic Committee. Additionally, there have been pivoting efforts include the creation of a 4-tier online coaching education programme, social media engagements and activations, traditional public relations activities, and continuous planning of on-flied activities including the launch of nation-wide futsal centers, tournaments, and leagues. 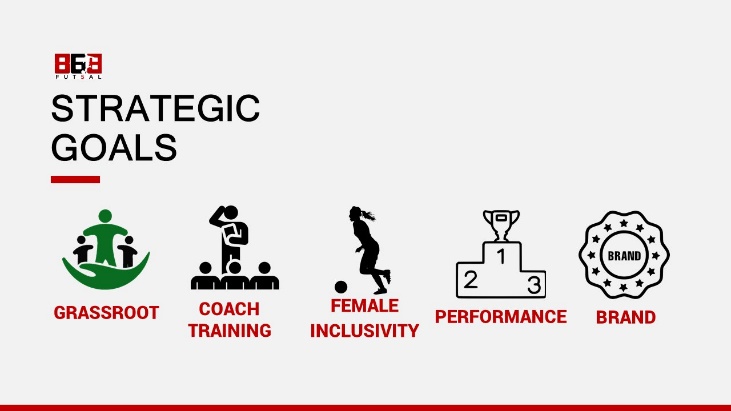 The Futsal868 has a 5-year Strategic Plan with 5 the following five (5) pillars, goals

FF: Since launching Futsal 868 Corner Talks, you have spoken to various people. Can you discuss what you have learned from those within futsal that you can apply to your own plans and what have you learned from people outside of futsal that can also benefit your goals?

GE: As with any discussion involving subject matter experts, many lessons were learned that the Futsal868 has decided to incorporate as we move forward. These include (but not limited to):

FF: What do you envisage for T&T’s national development in 5 years and how do you hope to be competing on the international stage?

FF: What is your wish for futsal within the Caribbean region?

GE: Futsal is a great development and exciting sport that can be played in any country inclusive of the Caribbean Islands. The Futsal868 coins the sport “The T20 of Football” in reference to the shortened, fast-paced and entertaining version of the game of cricket that is extremely familiar to all within this region. There are many countries in the Caribbean that have experienced the sport with the consistency of play and development in each jurisdiction of varying degrees. Thus, it is my wish that Caribbean Sporting Administrators recognize the tremendous positive economic, social, and developmental value of futsal on their Island. Additionally, decision-makers who are interested in the sport can establish a Caribbean Futsal Committee or Task Force where sustainable ideas are generated and effectively executed for the positive benefit of the entire region.