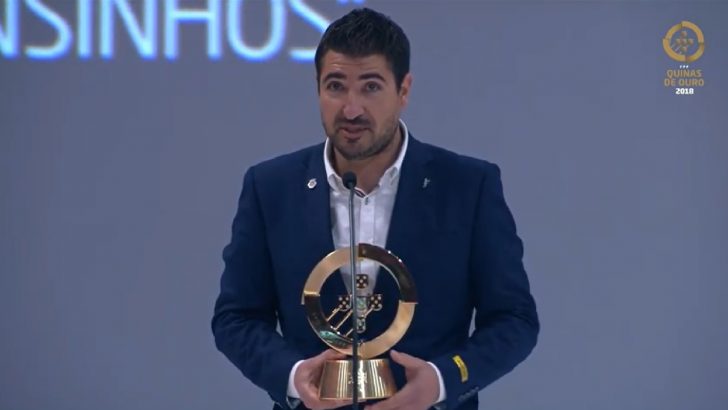 My name is Marcos Antunes, I am from Portugal, and I have been involved in Futsal for about 30 years.

My first introduction to the footballing format, like many kids back then, was Football at the age of 11, but when I was introduced to Futsal, everything changed. I quickly became obsessed, and my passion for the sport grew even more during my school days, playing out on the court with my friends. After a while, all I was playing at school or after school was futsal. The need for concentration at all times, to be aware of all movement on the court, to make decisions quickly, to take on an opponent when needed, understanding plays, along with everything else that comes with futsal, it all connected with me, and I fell in love with the game. It has been that way ever since.

When I became a father at 25, the birth of my son, and watching him grow up made me think a lot about youth futsal and I wanted to make a difference at this level. Therefore, I have dedicated my career to being the best youth coach I can be. I am always reading and educating myself, to consistently improve, it never stops. Now, I have a UEFA C Coaching Course, a Technical Coordinator Course from the Portuguese Football Federation, as well as the Director of Training Entities. I work at the Martinho de Mouros school centre where a project for the Portuguese Football Federation is being delivered called “Introduction to Futsal”, and I also founded my own Futsal School called Os Afonsinhos which works on this project. My school was founded on June 4th, 2011, but we don’t just coach children, we also teach them values and behaviours that we expect from them so they grow up understanding what is needed to be an athlete and an adult. Our school is a centre of excellence and we expect the players to embrace the value of not just playing futsal, and what the sport can offer, but also the value of educating themselves. Therefore, we insist that the children will only play futsal who have good grades at school and are behaving themselves at school as well.

Nearly 10 years on, and I am proud to say that several of our athletes are in the best Portuguese Universities and at the same time achieving excellent sports results, winning District titles, getting called up for District Selections and even University Selections. A result of this hard work and consistency with our players this has led to our efforts receiving national and international recognition. In February 2020, we reached a partnership agreement with Spanish giants Inter Movistar, considered by many to be the best Futsal Club in the world. This agreement allows us to train coaches with the Spanish Club, they also train here in Portugal. In addition to tournaments between Afonsinhos and Escuelas Inter, as well as wearing the Project’s emblem on our equipment. Our athletes can also watch games in the Jorge Garbajosa Pavilion. 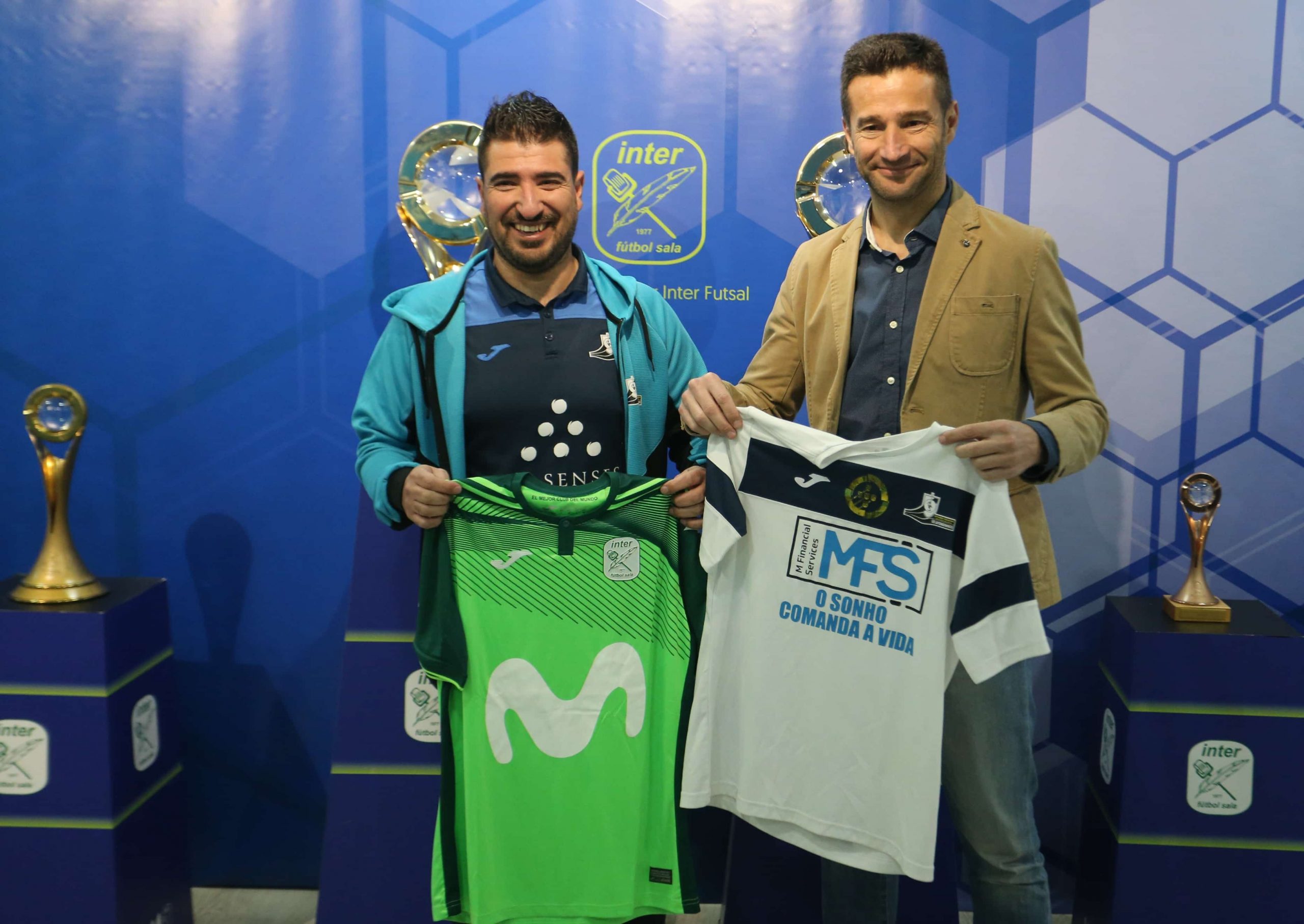 In 2018, we were recognized by the Portuguese Football Federation with the Quinas de Ouro Award, the most prestigious national prize the institution can give. We also received the School of Excellence Award for the whole process described above, and above all, for proving everything we proposed was possible and deliverable from concept through to implementation.  The joint work done by the Centro Escolar de São Martinho de Mouros, the Municipality of Resende and the Afonsinhos is an example throughout the country. For me and for my team, we are immensely proud to receive this award in our short history of just 10 years.

Since receiving the award attention has increased internationally, most recently in Brazil, where I had the opportunity to you talk about my coaching philosophy. I believe that the recognition has to do with the quality of the work I and my team do, the principles by which I guide myself, the team and the seriousness of the work we do. I have been asked a lot about my own innovative training methodology using a Coach ID application that allows me to be more intuitively organized and deliver even more quality through my work. This is why several countries are currently interested in my work, one in particularly being Angola which lead to an invitation to be the Technical Coordinator for the Professional Futsal League of Angola launching next year in February. When this opportunity came my way I was delighted, it is an ambitious, and innovative project that will have a positive impact on futsal in Africa and the world. 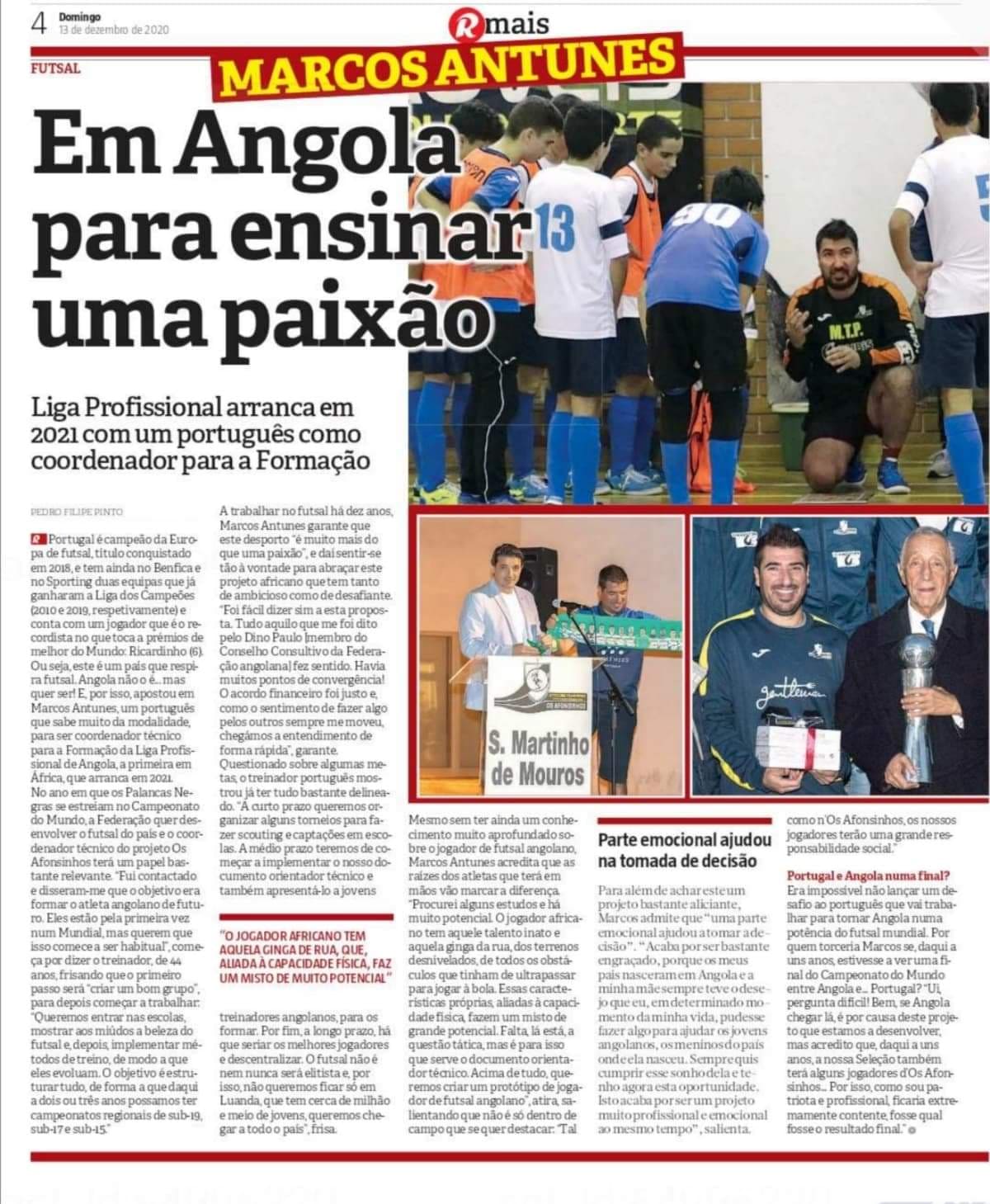 In the year that Angola will make its debut in the FIFA Futsal World Cup, the national team’s success has increased interest in futsal. Futsal is already a popular sport in Angola mainly from a recreational perspective but with the launch of the Futsal Angola League (LFA), the first professional league in Africa, Angolans are now seeing the opportunities that the sport has to offer. What makes this opportunity even more special to me is due to my parents, who are Angolans. I have always had a desire to do something there so I can’t wait to start.

My mother passed away in February…but I know she is extremely happy because I am helping the children and youth of Angola with my work. Dino Paulo is a serious, competent person who outlined the project that will undoubtedly be a success. The first conversations with him showed that we are in tune on the growth and development of young Angolan athletes.

When I look back on my life, my career, the coaches that I most admire are Jorge Braz, Orlando Duarte, Nuno Dias, Joel Rocha and Kitó Ferreira who are all from Portugal and each one of them has a strong personality which is why I could never pick one coach as my idol. My idol would be a combination of each coach. However, I like to collect quotes and anything that inspires me, but I also have a phrase that summons me up as a Coach:

“I never train my players for who they are now … I train them to become who they will be one day”.

I try to make my athletes work hard; I communicate with them regularly with the aim to provide them with life guidance, so they do not get in trouble but also, so they do not give up on their ambitions. However, when they are on the court, it is important to me that they play for each other!

When I think about my future goals, the futsal industry and what I see as the negatives and positives, I automatically think about how Futsal has everything that can benefit all athletes and not only Futsal players. What I don’t like to see is coaches getting upset about futsal players moving on to football, we have nothing to fear from football because the best years of this sport are actually ahead of us. We have everything to look forward to and it should be football who is concerned with futsal and the quality of our sport. Soon futsal will be the grassroots sport of choice and the first love of all kids and when the futsal industry expands and grows and more money is invested and players enjoy a successful career and earn more money, you will find a lot of talent staying in the sport and not moving to football.

What we need is for futsal to be an Olympic sport, and the fact that sports like 3v3 basketball is an Olympic sport and futsal isn’t is a disgrace and makes me question the level of support futsal has at FIFA. I think the majority of them still see it only as a development tool for football which it isn’t, it is a wonderful sport in its own right and they should leave the rules of the sport alone. I am at the disposal of all those who have ambitious and productive projects for futsal, to help and share my modest experience. I think that in futsal sharing is a unique asset.

I want to thank Futsal Focus for all the work you do to promote futsal and its development. More and more people around the world know who Futsal Focus is due to the great content you create.

It is certainly worthwhile! 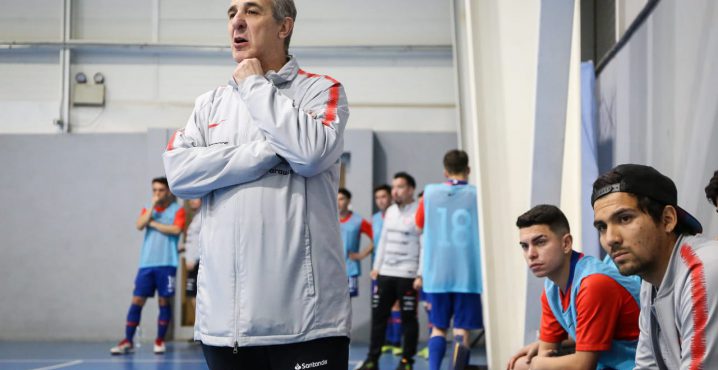 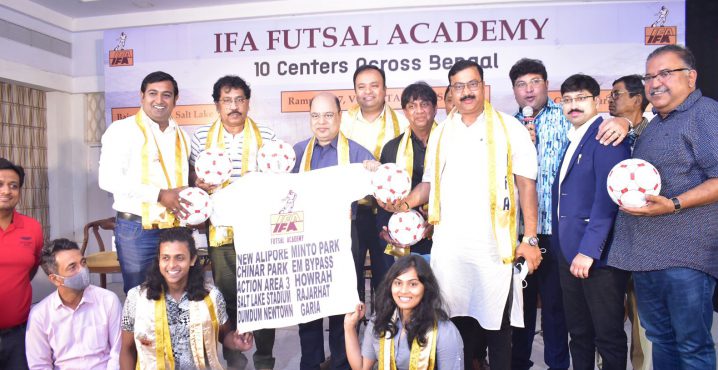