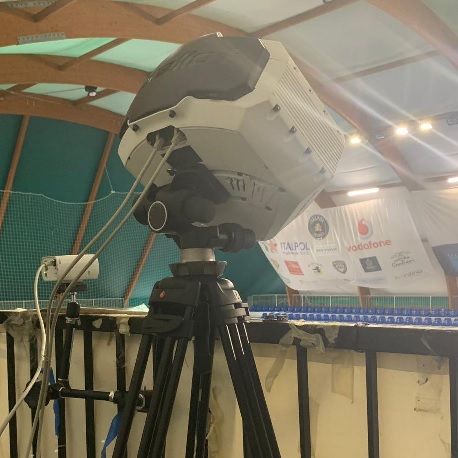 A unique live streaming experiment, never tried before in Italy. Not just in Italian futsal, but in any sport played in the country.

The Final Eight of the Under 21 championship and the final of the Under 19 women’s championship were broadcast (Live streaming) – on the Facebook page of the Divisione Calcio a cinque (Five-a-side Division) – thanks to the contribution of artificial intelligence.

A futuristic technology, offered by Pixellot, an Israeli company that deals with the production of live streaming events. Pixellot is today a leader in automated production solutions: an optimized production using an operatorless multi-chamber device that covers the entire field and automatically follows the action. 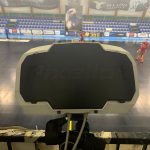 The technology view from the back

Users can also enjoy real-time graphics and comments, highlights and individual statistics through the app, with a professional quality that transmits more than 40 thousand hours of live broadcast every month on a variety of platforms, which involve competitive and school championships. And, the Divisione Calcio a cinque, which has always been at the forefront of innovation and visibility, was the first to capture the infinite potential of Pixellot, choosing the PalaGEMS Final Eight in Rome as a “pilot” competition in which to experiment with this technology.

“During the first months of my presidency, I promised innovation – says the president of the Divisione Calcio a cinque, Andrea Montemurro -. I believe that five-a-side football, in terms of visibility, has made unimaginable progress. The experimentation of artificial intelligence applied to futsal confirms that five-a-side football is at the forefront in the development of new projects and new initiatives that can favor the growth of this discipline. We are proud to have been the first in Italy to test this new technology, destined in the coming years to expand into the Live Streaming market for sports events “.

Pixellot has designed and programmed its artificial intelligence to trace an object in fast-acting sports, such as a soccer ball or an ice hockey puck, even when traveling on a dark-colored surface (like that of PalaGEMS), on the ice or on the area lines. The system has also learned to identify the movements of the player who is about to pass the ball in football, 5-a-side football, ice hockey or any other sport. The camera begins to “move” two seconds before the player makes the switch, to make sure the ball or disc is always in focus, similar to how an operator with a guarded camera would position a camera.

The experiment, which will be repeated next week for internal use at Novarello (home of two friendlies between the National Youth Beginners and Armenia) is considered successful, net of some inevitable technical problems for which the staff of Pixellot and Divisione Calcio a cinque have worked tirelessly, recalibrating the multi-camera device present at the arena. Pixellot and Divisione Calcio a cinque: futsal is in the future.

Source of the article: https://www.divisionecalcioa5.it

If you like videos and the information provided, you can read more articles about Futsal by going to the top bar navigation or click here