LNF bringing games to the masses in Brazil 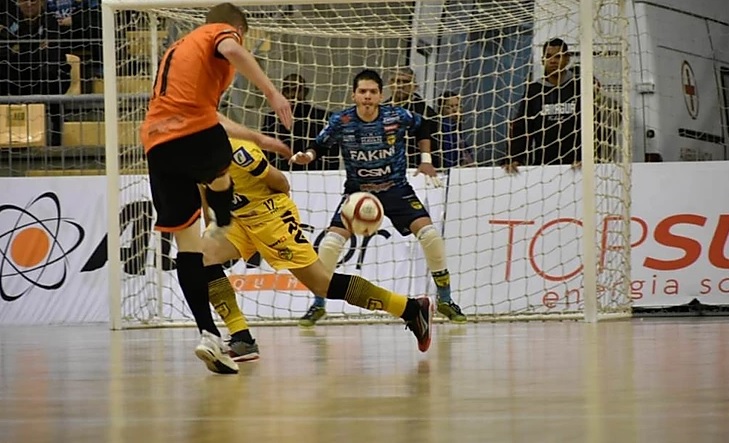 Pending the resumption of normal activities on the courts, outside of them the LNF organization moves in favor of strengthening competition in the season in which it completes 25 years of existence. In a closed partnership this week with TV Brasil, the National Futsal League will once again be shown on open TV for the entire nation, which has not happened for over a decade.

“Having the games broadcast on open TV again opens futsal even more, as it reaches an audience that does not have cable TV, and is also not in the habit of watching games via streaming. In this way, we were able to have a complete cycle of transmissions, in all regions of the country and suited to the profile of different segments of the population. The reach of LNF increases a lot, since the coverage of a broadcaster like TV Brasil encompasses not only large centers, but also the interior of the country ”, comments Alexandre Rollin, LNF’s communications and marketing coordinator.

In addition to TV Brasil, in 2020 LNF will have broadcasts through SporTV, a closed channel, and again over the internet, through LNFTV. Consumers who have access to the three operating modes will be able to enjoy all the games in the tournament. The arrival of TV Brasil is an addition not only to those who are sitting on the sofa at home.

“For us it is a huge stimulus. Each time the audience increases, our responsibility to bring futsal and entertainment to those watching is increasing. For companies that support sport, this is also fundamental for the sport, as it stimulates the investment capacity of sponsors. Congratulations also to TV Brasil ”, says Ricardinho, Magnus coach, finalist of the edition in 2019 and champion of the League as a player.

With a similar opinion is Marquinhos Xavier Brazilian National Team Head Coach and a champion with ACBF said “I welcome and congratulate the initiative of the LNF board. It is decentralization of transmissions and that gives greater reach. Futsal is gaining a greater opportunity to show our work. The interior of Brazil is the main futsal market. Actions like this pulverize the modality. I think this partnership with TV Brasil is a huge step. It will enhance the image of everyone, professionals, clubs, and sponsors. ”

In the same idea of ​​reasoning is Sérgio Lacerda, Pato coach, current double champion of the competition. “I support it because it increases the visibility of the sport, it is a big boost for the sport’s growth and to attract more sponsors too. ”

The schedule of games broadcast on TV Brasil will be at 11 am on Sundays. The stake of all involved is that the gain is general. At 25 years old, LNF is a consolidated, organized product that, even in a period of global crisis, takes an important step in expanding its field of action.

There is no doubt that the sport grows in the country, the LNF consolidates itself as an organization and reinvents itself in times of crisis. Everyone is rooting for not only sport, but life to return to normal. “Who is not seen is not remembered. In open TV, visibility will be greater not only for us coaches but for players and for everyone who is involved in futsal ”, guarantees Lacerda.

In preparation for the 2020 season, TV Brasil will start showing, from this Sunday, reruns of great games from last season. The first match will be Corinthians vs Jaraguá, Sunday at 11 am.