LNFS and the NFL announces partnership to create LNFS ENGLAND

The Spanish LNFS has today announced a partnership with the National Futsal League in England, a collaboration which will create LNFS England.

The LNFS (Liga Nacional de Fútbol Sala) was established in 1989, becoming the official organiser of elite futsal competitions in Spain and the most renowned futsal league in the world. The National Futsal League was established in 2008 and affiliates to the Football Association.

The partnership between both bodies will see the NFL become LNFS England next season, with the ambition to evolve standards of play and club management across English futsal for the benefit of players, futsal fans, and local communities.

As the world’s most successful futsal league, LNFS will assist LNFS England in accelerating the development of English league futsal, granting it the recognition it deserves in the English sporting landscape.

LNFS England will replicate the tried and tested Spanish model for development of futsal across all English communities, looking to introduce futsal to a wider audience, and engaging children and adults from all walks of life.

Within the partnership LNFS will lend its expertise, advising on futsal competition organisation and management plus effective marketing and communications.

The partnership will also focus on improving the communities where futsal takes place, often in inner cities, by developing grassroots sporting collaborations, encouraging change at a local level, and adding significant value to lives and communities. 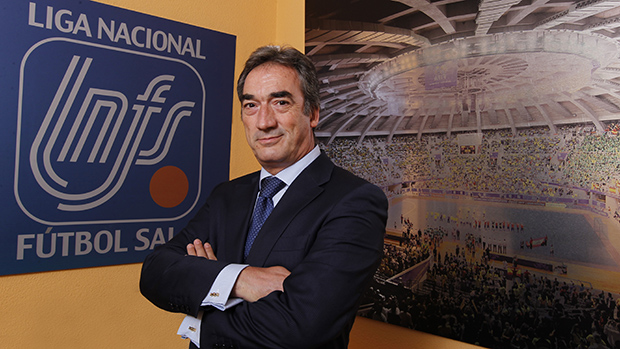 President of LNFS, Javier Lozano said: “I am looking forward to working with LNFS England to help build futsal across England, using the skills and experience we have developed over many years in Spain.”

Peter Sharples, Director of LNFS England added: “The LNFS is the world’s leading league and we are very excited at becoming part of their wider futsal family.”

LNFS England will be broad and inclusive, welcoming any new or existing futsal clubs and leagues to join as members of the democratically run Community Interest Company which will own the league.

The response to the news on Twitter has been of excitement and hope:

Brilliant news …. hopefully the experts with experience of structuring and developing such a successful league will take a lead ‘independently’ and will take our game forwards. Potentially our Jnr players could have a fantastic pathway at club and International level. https://t.co/TzPXZGXt3g

Well, this is gonna be something interesting to follow. https://t.co/bWeG0zPe6v pic.twitter.com/71jEFhtC0h

The Spanish LNFS has today announced a partnership with the National Futsal League in England. The partnership between both bodies will see the NFL become LNFS England next season, with the ambition to evolve standards of play and club management across English futsal. https://t.co/iYOCdJ7Ugj

This is something that can be very positive for the English futsal. Experience from one of the best leagues in the world – @LNFS – is something we can’t ignore. I honestly hope our egos remain at the right place (and under control) to avoid disruptions. Well done! https://t.co/7ppX2BMYax