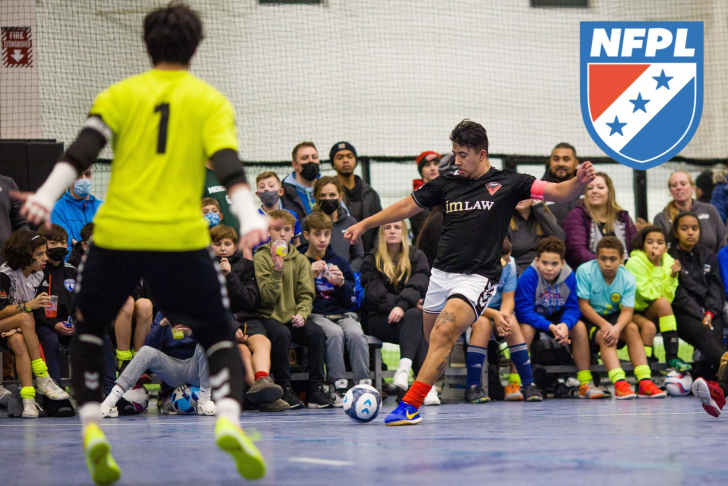 Organized, defined structures and with clear objectives, the National Futsal Premier League (NFPL) is based on these pillars, striving to become the best league in the United States and aims to lead the future of futsal in the country.

On December 3, 2022, the fourth season of the NFPL Men’s Division began, and its first season was in 2018-2019. 19/20 was suspended due to COVID-19 and the 20/21 season was shortened to a league tournament due to COVID-19. Each year, the league aims to add more professionalism and more growth to an emerging sport.  This year, the NFPL has added another division, which is in the South Western part of the United States, and they organized a Women’s Division, which they inform us is the first women’s futsal league in the United States and that will start on December 10. Another project is the Rising Stars, which is a youth component that focuses on high school players who want to play at the next level and includes a mix of both Futsal and outdoor.

Futsal Focus got in contact with the NPFL commissioner, Drew “Ducks” Ducker to learn about their ambitious project, its objectives, and the key to its success. Known as “Ducks,” his background includes playing professional indoor soccer for over 10 years, he is a former US Futsal National Team Player, runs one of the largest youth Futsal clubs in the United States, and works full-time in Futsal.

FF: When and how was the NFPL born?

DD: Before the NFPL, there was a local regional men’s league with five teams which was organized by Fabian Rodriguez, owner of a club that was known then as ABK (Now Grand Rapids Ole Futsal Club). We discussed making the league bigger and more professional so Fabian gave us the go-ahead and we started what is now the NFPL with 7 inaugural teams in 2018. In recent years, we have also organized a summer tournament to keep teams playing in the off-season.

FF: Why a futsal league and not any other sport?

DD: All of my background is related to soccer, indoor, outdoor, and futsal. We are passionate about futsal and I truly believe it is the sport that provides high-quality sports entertainment not only to Soccer/Futsal fans but also to sports fans in general. We want to see Futsal grow and succeed in the United States and this is hopefully the first step in many for Futsal.

FF: When is the NFPL played?

DD: The NFPL is played in winter, from December to April. During the spring and summer is when all the semi-pro outdoor leagues are running. We aren’t interested in competing with them, at least not yet. We have players who play with us in the winter and then go and play with outdoor clubs in the spring/summer. It’s good for them and it’s good for us. Plus, as we help players get to the next level, semi-pro or pro outdoor, pro indoor, it helps those players, which in turn, helps us as well.  But we also offer a summer tournament for teams that continue to play during that time.

FF: How is it organized?

DD: Last season, we had seven teams in the league. Everyone played each other home and away and then playoffs.  This year will be a similar structure but we now have 8 teams so we will have two divisions of 4 teams. The teams on the East side are Columbus Futsal, Futsal Factory Academy, Ginga Futsal, and Grand Rapids Olé Futsal (current champions). On the West side, we have Cadence SFC, FC Tryzub, Futsal Indy, and Joy Athletic Club. The South West division is not eligible for playoffs this year but more announcements will be made in early December.

FF: What can you tell us about the new NFPL Women’s Division and your project in women’s futsal?

DD: We are trying to promote the women’s game. Two of the eight team owners are women, and it is important not only to keep the men’s division but to also start developing the women’s game here as well. Over the last year and a half there have been several exhibition games and this past summer we managed to get four women’s teams together to play an official tournament, the NFPL Women’s Summer Cup. This season we will have four women’s teams and from there we will grow and add more projects, exhibition matches, summer tournaments, etc. The four women’s teams are Futsal Factory Academy, Grand Rapids Ole, Columbus Futsal, and Futsal Indy. 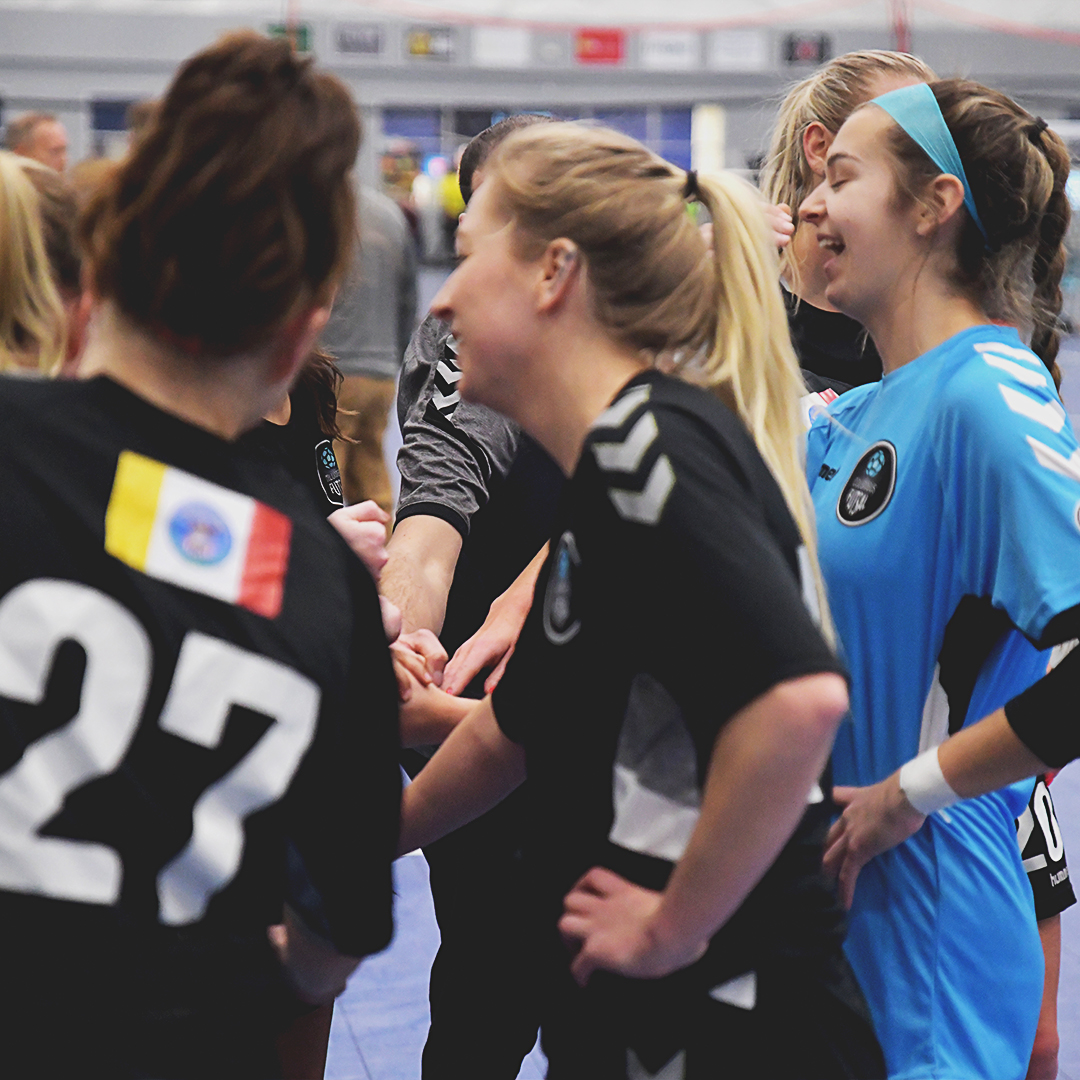 FF: And about the new Rising Stars and your project in youth futsal?

DD: There are many organizations like United Futsal, US Futsal Federation, or US Youth Futsal that are already developing the youth level from leagues to national tournaments. Our goal this year with the Rising Stars and NFPL youth project is very specific. Fabian from Grand Rapids Ole and I had some ideas about ​​providing a different experience for high-level youth players and the NFPL Rising Stars was born from that conversation. We decided we wanted to give a high-level professional experience to high school-aged players. There will be two weekends where four NFPL teams (Grand Rapids Olé, Futsal Factory Academy, Futsal Indy, and Columbus Futsal) will play each other with the normal FIFA rules (big court, three referees, stop clock). The third weekend is more like an ID Showcase. We will have Futsal games, outdoor soccer training sessions, and 11v11 outdoor games where MLS Next scouts and college coaches can come see players in both a Futsal and outdoor Soccer setting. We will also have a guest speaker to talk about the college recruiting process as well as some former players coming in to talk about their pro experience and what it takes to be a pro soccer player. So, we are trying to build a new experience and something unique for those age groups. Each club can roster 14 players max. I’m sure this program will evolve over the next years and include a women’s high school division. 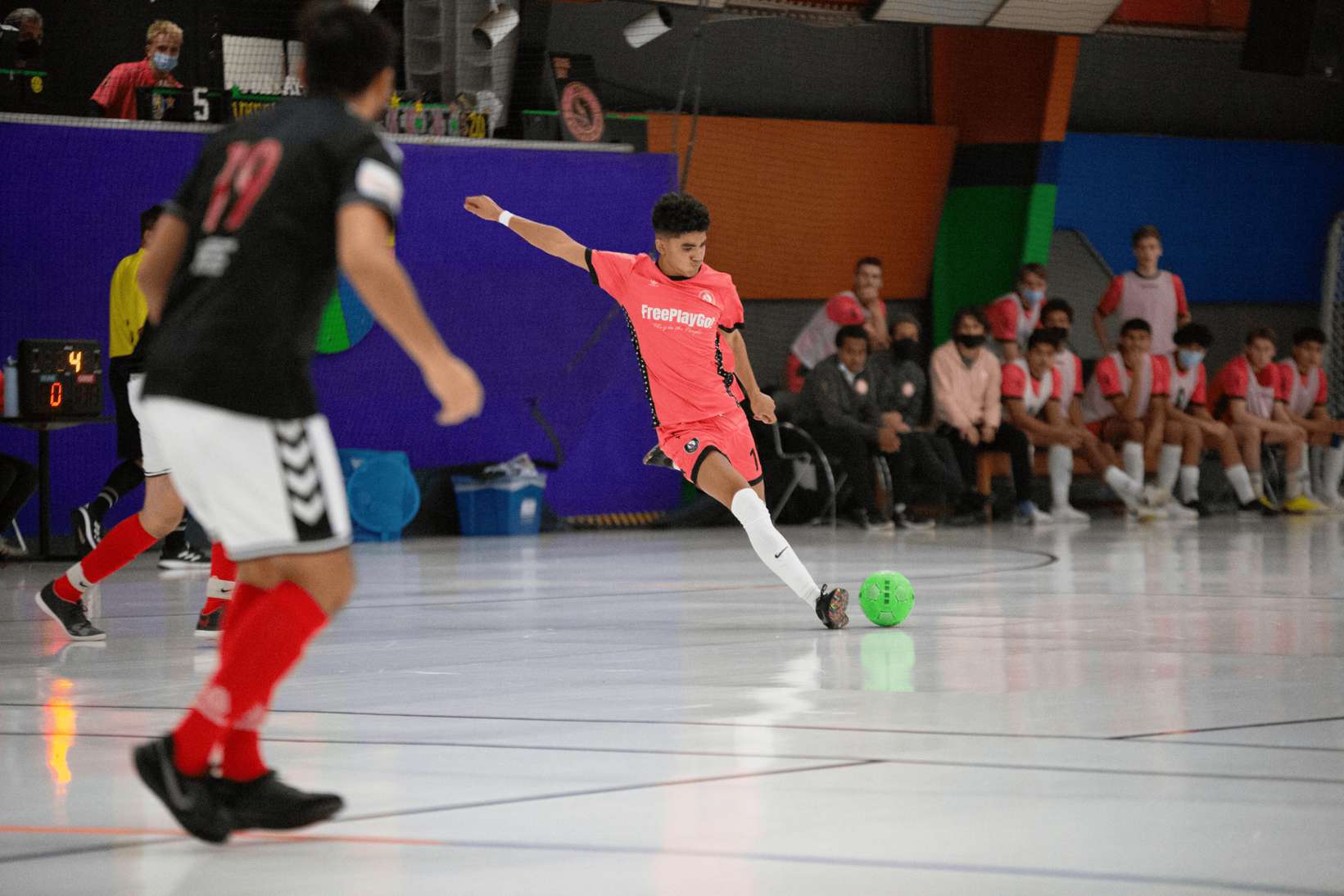 FF: What participation numbers for both players and attendance are there?

DD: In terms of players, NFPL teams have 20 or more players on their roster so there’s a lot of interest. I think it’ll be pretty similar for the women as well. I think interest will continue to grow the more we can educate and inform people about Futsal. In terms of attendance, there’s a big range. Some games have 20-30 people and some have 200-300. I think our biggest crowd last year was around 800. We hope we can continue to grow each year and create a bigger fan base for all.  For the women’s division, since this is new, I believe most clubs will run women’s games before or after the men’s games but we’ve encouraged each club to try and do stand-alone games to highlight their women’s team. 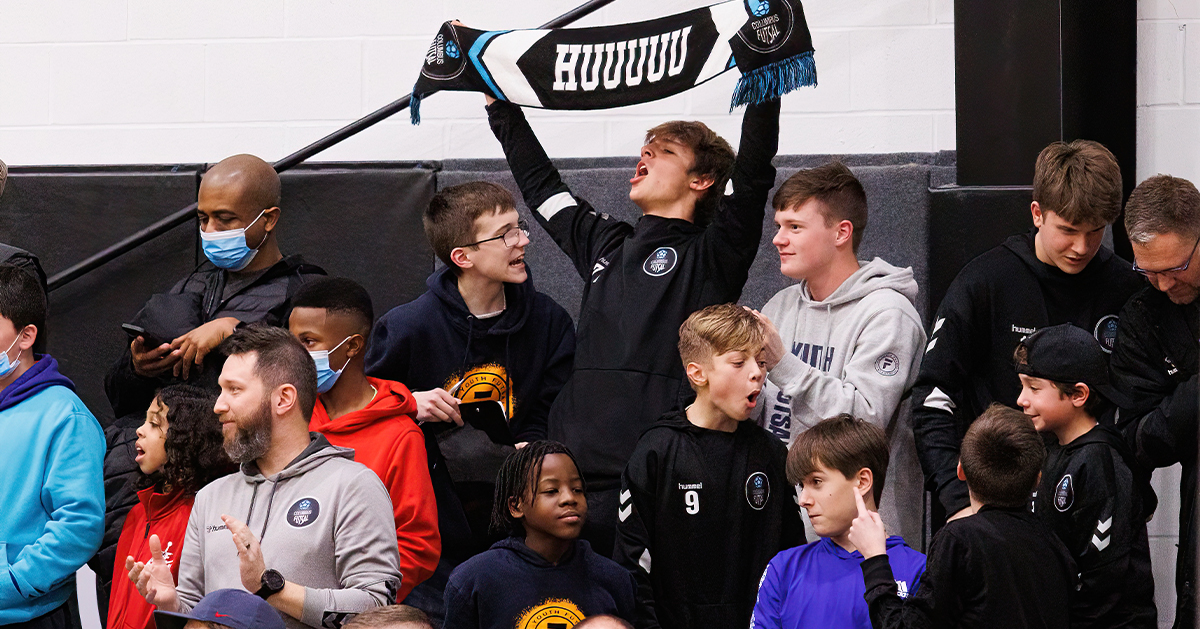 FF: Do you have any sponsors?

DD: Last year, Hummel was a sponsor/partner for us. They helped outfit our referees and gave each team balls as it is the official ball of the NFPL. We are in talks with some other organizations but nothing is set in stone for this upcoming season. Our goal is to have 2 main league sponsors by 2024. 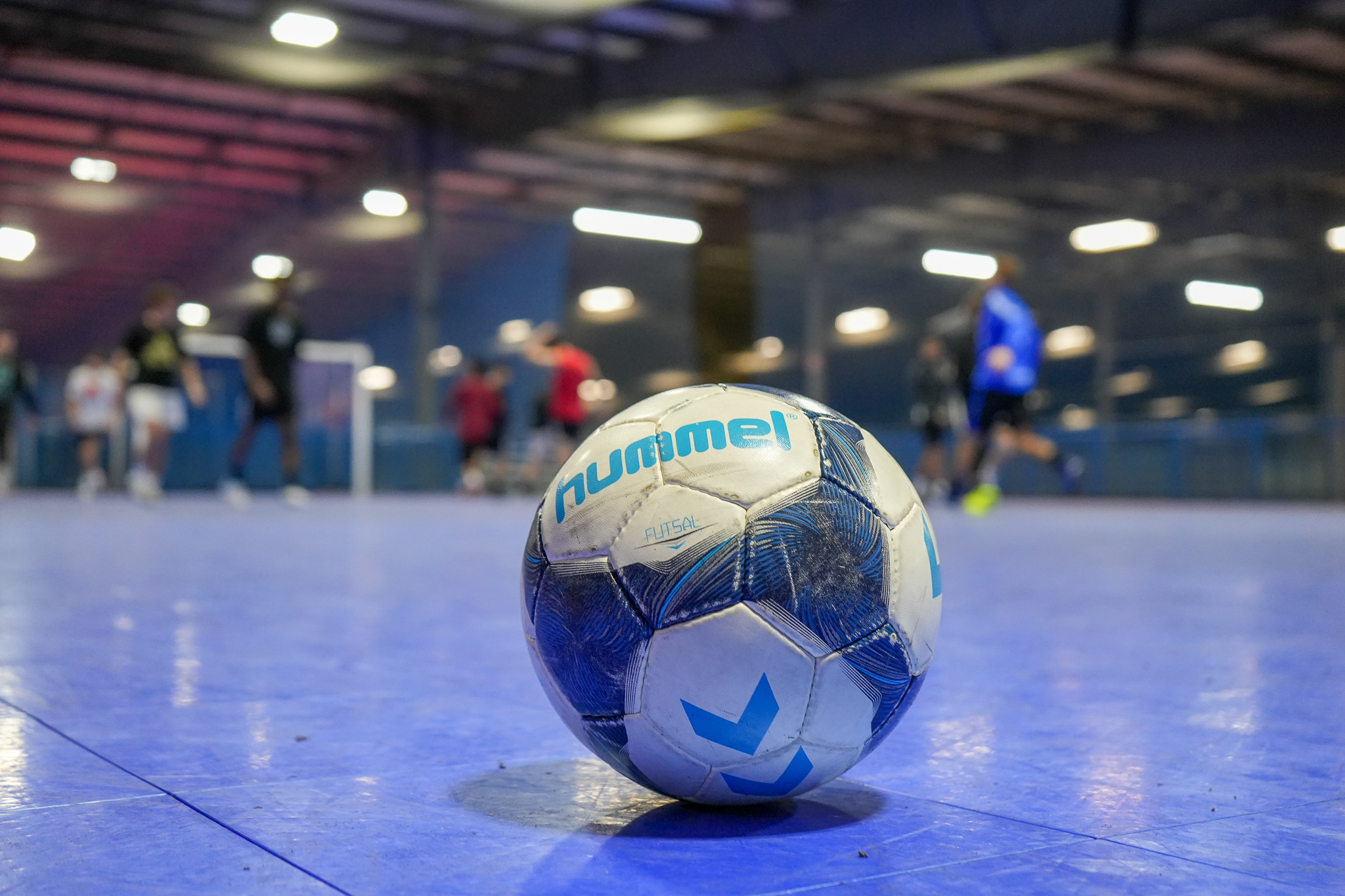 FF: How do you finance the league?

DD: Originally, the group we had built put a little bit of money in to get us going but since then we have run off league fees. We spend a lot of money on referees, marketing, and advertising the league. We are really trying to push marketing and refereeing education to help the league grow and to improve the standard of the game. Player and coach education is important as well and we want to do more there in the future. We hope sponsors and streaming can play a role in our budget in the future so we can continue to grow the game here in the United States.

FF: Which are your development plans?

DD: We want to expand into more regions of the United States. We would love in the next two to three years to have a footprint in every major region in the US: the Northeast and Mid-Atlantic, South, East Coast, etc. Also, we will be streaming all games this year on the NFPL YouTube channel. This is a big step for us as we continue to grow the league. We’re also launching the USA Futsal Open Cup in mid-December and hopefully, that can draw more attention to the NFPL and futsal. It’s just another avenue to reach teams and try to bring more amateur clubs together for the game. We also want to work with US Soccer and the Men’s US Futsal National Team, coached by Dusan Jakica, to help grow the game and give young players opportunities to play at a high level.

Futsal Focus thanks “Ducks” for this interview, and we wish him and the entire NFPL team the best of luck for the future in American futsal.

My name is Alejandro Méndez and I was born in Cartagena. I discovered futsal in 2017 and it fascinated me. Since then, I immersed myself in this amazing and beautiful sport. I support Jimbee Cartagena, and I write and talk about futsal in Efesista.es, and for Futsal Focus.