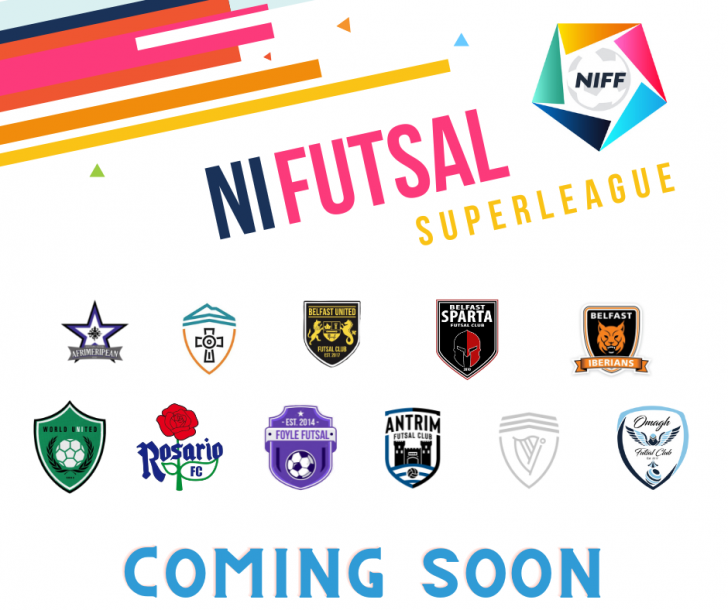 The Northern Ireland Futsal Federation (NIFF) announced yesterday that they are launching their national futsal league with a new format called the NIFF Futsal Super League, and named the 11 clubs who will contest this league:

Each team in the league will be contested over 1 game against each other team (10 Games). Upon the conclusion of those 10 games, the Top 8 will enter The Playoffs. The Top 8 teams after the regular season will qualify for the Playoffs. The winner of the Playoffs will receive the nomination to the IFA to compete in the UEFA Futsal Champions League and be crowned NIFF Super League Champions.

For a country, that recently embraced futsal, Northern Ireland has come a long way in a short space of time, especially on the international stage, and with the launch of the NIFF which has put the sport and its domestic development into the hands of the league’s clubs, it is time to grasp this opportunity with both hands. But, how successful they are allowed to be will depend on the view of the Football Association for the sport. If futsal is simply seen as part of their Keep Em Playing strategy (aim at 16 to 21 years olds, an age group associations start to see a drop in football participation) even though futsal is not football, then the sport’s growth to this point, will start to slow down. It is the federation’s job to attract more clubs into the sport and make it sustainable but we have yet to see a strategy explaining how they plan to do this. But, clubs will not take futsal seriously if they don’t feel the FA does. Will there be grants specific to futsal to encourage the sport’s development? In regards to international futsal,   investing in the teams (men’s and women’s) so they can train regularly, and compete regularly, and appointing full-time Head Coaches for both teams, these types of developments would be the next step in the right direction, showing their commitment to the sport. At the club level, opportunities will attract players, but competing with football clubs for football players is the wrong target group. A regular season is not enough, if both associations of the Republic of Ireland and Northern Ireland developed a quality cross-border competition such a development would be another step exciting step and show commitment to the sport, its credibility, opportunities and the enjoyment players and coaches can have domestically, and on the international stage.