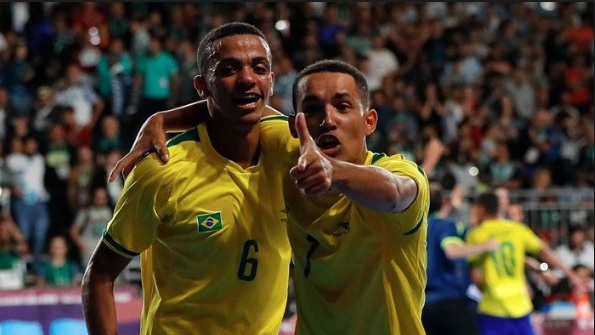 For every nation that took part in the Youth Olympic Futsal Tournament in the Men’s and Women’s sections in Argentina, this historic event will live long in their memories due to fulfilling Olympic dreams especially for Japan and Bolivia who made it to the finals for the Gold and Bronze plus for host’s Argentina. However, for Brazil, Egypt, Portugal, Russia, Japan, and Spain their gold, Silver and bronze medals will live long in the history of the sport. The hosts, Argentina, delivered a fantastic event with crowds of up to 6,200 attending the matches which have excited Futsal enthusiasts looking ahead to the 2024 Olympic Games in France where Futsal will be a demonstration sport. The development in France is a further step forward for the sport and the goal for it to be an official senior Olympic sport. The next step for the sport’s awareness and development at the Youth Olympics will be an exciting development for Futsal fans and administrators at Football Associations across Africa eager to promote the sport’s development as Senegal’s Capital, Dakar, was confirmed for the next Youth Olympic event in 2022. For those with Olympic dreams in Africa, the opportunity to fulfill them are coming soon.

Looking back to the Finals in Argentina, the South Americans were in commanding form as they beat Russia 4-1 to secure the gold, while Egypt produced a superb comeback to defeat hosts Argentina earlier in the day and claim the last place on the podium. Brazil went into the gold medal match as very warm favourites, having won all five of their previous matches and beaten the Russians 6-1 when the two sides met in their opening game in Group B. Cheered on by a vociferous army of fans that included Marta – newly crowned as The Best FIFA Women’s Player of 2018 – the men in yellow and blue started the stronger, with Russia’s Denis Subbotin by far the busier of the two keepers.

It was the Brazilians who took an early lead inside the first two minutes of the match, and in the most fortuitous of circumstances. Danil Karpiuk’s attempted clearance inadvertently found the back of his own net. Brazil then dominated the early stages of the contest, but despite having 62 percent of the ball in the opening period, Russia defended stoutly up to the half-time break. In fact, it was the European side that ended the first half more brightly, with Ilia Fedorov unlucky not to level matters at close range. The second period proved a different story, as the tournament favorites doubled their lead less than a minute after the restart after Breno’s low drive slipped under Russia goalkeeper Denis Subbotin. Trailing by two goals, Russia deployed the fly goalkeeper to find a way back into the match.   With Russia continuing to use a fly keeper, Francoar sent a long clearance down the court and into the empty net to ensure Brazil would be crowned futsal’s first Olympic champions.

In the first of the day’s two games, Egypt beat hosts Argentina 5-4 in a thrilling battle for the bronze. The Argentinians surged into a 3-0 lead inside the opening ten minutes before Mohamed Talaat pulled a goal back for the Egyptians four minutes from half-time. Talaat helped himself to three more goals in the second half, with Hamoo chipping in as Egypt surged into a 5-3 lead. Despite a late Alan de Candia strike, the North Africans held on to secure a dramatic win.

In the women’s section, Portugal claimed the first-ever Women’s Youth Olympic Futsal Tournament title following a 4-1 victory over Japan in the gold medal match at Buenos Aires 2018. Buoyed from their 2-0 defeat of the Japanese in their final Group D match on 13 October, Portugal took command of this gold medal match with a first-half hat-trick from Fifo.

She opened the scoring after only eight seconds of action before doubling Portugal’s lead when she converted a pass from Carol at close range. Fifo’s third was a fine low finish from a corner pass. Fifo added a fourth goal shortly after the restart before Japan immediately replied through Rikako Yamakawa. It prompted the Asian side to press for more goals and a way back into the match. Portugal, however, withstood any fight back to create Youth Olympic Games history as the first winners in women’s futsal, with Japan having to settle for the silver medal.

Spain was then three up in no time at all. Antia Perez was involved in the second, her scuffed effort helped in by Eunice Rojas in the Bolivian net, before the Spanish skipper scored her second moments later with a lovely dinked effort. With Bolivia’s key player Maria Galvez finding her influence in the pivot position limited, her Spanish counterpart Yarima Miranda seized control of the game. Two long-range drives with either foot stretched the lead for Claudia Pons’s side to five before Elia Gulli – Spain’s No6 – grabbed a sixth before the break. Spain’s dominance continued after the interval, even if the pace of the game slowed considerably, with Miranda completing her hat-trick before turning provider for Antonia Martinez. Spain’s No8 completed her own hat-trick with her side’s tenth and 11th goals after Marta Lopez had grabbed La Roja’s ninth.