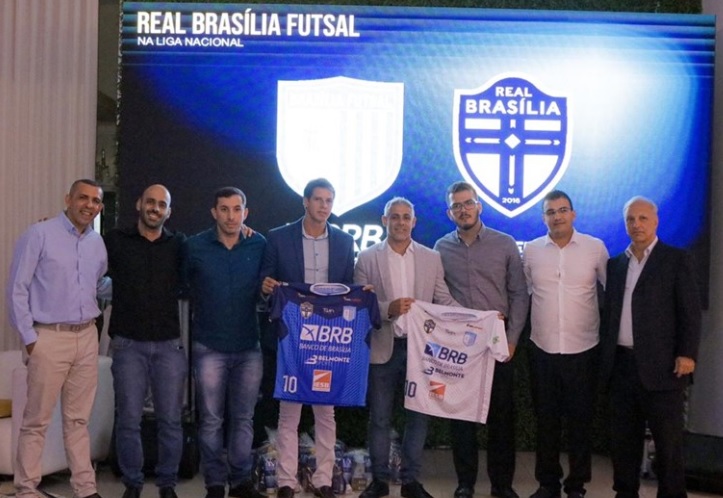 The capital of Brazil will have a representative club in the country’s futsal elite from 2020. Real Brasilia / BRB has provided the necessary guarantees to compete in the National League and will be one of 20 teams challenging for the title when the games begin on March 27th.

Coach João Carlos Barbosa starts working with his squad on January 25. The intention of the team is to play their games at the Cruzeiro and Sobradinho gymnasium. The National Futsal League (LNF) has yet to visit their venue but plan to this week and to give their endorsement.

According to Real Brasilia / BRB president Tiago Fernandes, the full squad will be officially presented to the public on February 3rd. “We are planning to play an excellent campaign in order to rank among the eight teams,” plans Tiago. “The idea is to participate for two years as a guest and in the third year of LNF acquire a franchise.”

The current champions of the National Futsal League are Pato Futsal. The team from Paraná secured the championship for the second time after a 6-0 rout over Sorocaba, away from home. The achievement was last Wednesday.