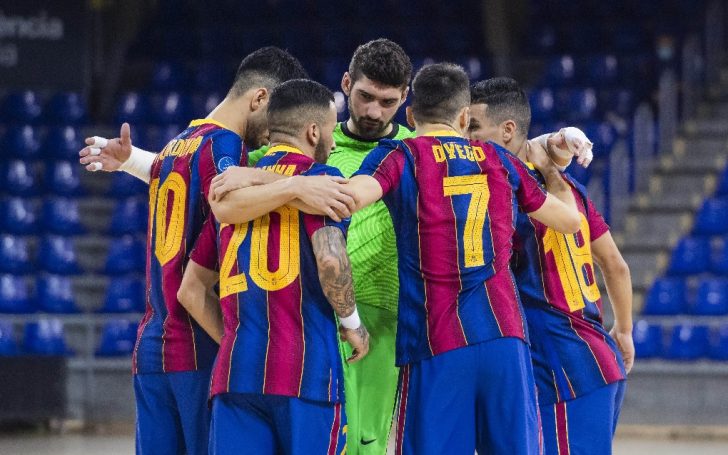 In the 20th year of the UEFA Futsal Champions League, formerly known as the UEFA Futsal Cup, holders Barça kicked of the round of 32 today against Kosovan champions Mabetex Prishtina. A huge moment for the Kosovan club’s history, on their way to Spain they also stopped to page a tribute to Fadil Vokrri’s grave:

Nine teams seeded to this round are joined by the 23 preliminary round winners and among teams starting in this round are record five-time winners Inter FS and fellow former champions Sporting CP, Kairat Almaty, Benfica and Ugra. Five teams came through the preliminary round on debut: MNK Olmissum (Croatia), Club Sportiv United Galati (Romania),  FC Salines Tuzla City (Bosnia and Herzegovina), Mabetex Prishtina (Kosovo), and ACCS Futsal Club (France). French champions ACCS’s squad includes Ortiz and Ricardinho and they are coached by Jesús Velasco, all multiple winners with Inter. Kairat Almaty (Kazakhstan) are entering for a record 17th time and will face Viten Orsha (Belarus), Kairat faced the clhb before in the 2013/14 elite round. Barça became only the second three-time champions last season in the tournaments history.  Sporting de Portugal winners of the first Champions League with the UEFA Futsal Cup was rebranded, will face Futsal Gentofte from Denmark. All UEFA futsal matches must be played behind closed doors until further notice and the round of 16 draw will be streamed live at 14:00 CET on Thursday.

The fixtures and results are: