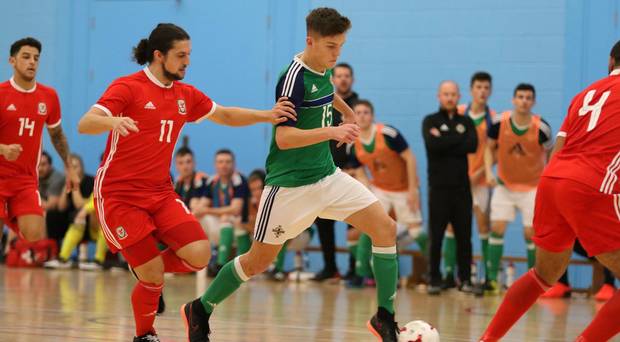 Northern Ireland Futsal Head Coach Jonathan Michael today unveiled his squad for the Home Nations Futsal Championship and said his players are keen to test themselves against countries that have been competing on the international futsal stage for a lot longer than Northern Ireland.

Matchday two, on Saturday, sees Scotland up against England (2.30pm) and Northern Ireland battling it out with Wales, who won the inaugural Home Nations competition in 2016. That game is due to kick off at 6pm.

And the final day of the tournament, on Sunday, pits the Scots against the Welsh (12 noon) and Northern Ireland against England (3.30pm). Entry to all games is free.

Northern Ireland head coach Michael said: “The players and backroom staff are delighted to be hosting the Home Nations Futsal Championship this year. We are all looking forward to performing in front of a home crowd and building on our performances against Malta last month when we lost one and won one.

“The Home Nations is where we started our futsal journey two years ago and the players are fully focused to demonstrate how far Northern Ireland futsal has come in that time.”

He added: “This Home Nations Championship weekend is a fantastic opportunity for people to engage with the game of futsal and witness exciting international matches. I hope that we can get good loud crowds to support the boys as I know the GAWA will help them raise their performance and help us give a good account of ourselves.”