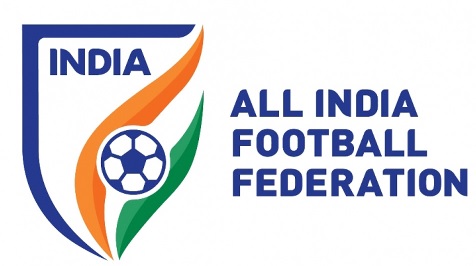 All India Football Federation (AIFF) asks clubs from the Indian Super League (ISL), the I-League and the I-League 2nd Division to participate in the inaugural edition of the AIFF Futsal Club Championship

The All India Football Federation (AIFF) has asked clubs from the Indian Super League (ISL), the I-League and the I-League 2nd Division to participate in the inaugural edition of the AIFF Futsal Club Championship that is expected to host its first season in 2020.

Mr Kushal Das, the General Secretary of the AIFF wrote a letter to all the clubs, stating, “Futsal is one of the fastest-growing sports in the world, and has been increasing popularity with the AFC Member Associations as well. Futsal is also seen as a complementing sport with Football for player development. There could be an opportunity for the Champion Club of this tournament to represent India for the subsequent AFC Futsal Club Championship.”

“We are planning to start the tournament in July/August 2020. The players could be from the Senior, Reserve or Under 18 teams of your Club,” the letter further stated.

However, the move to introduce a new tournament despite troubles in the existing national league system does remain debatable. While the AIFF’s move to jump into the bandwagon of hosting a Futsal, termed as the next big thing in the sporting realm, is understandable, the federation, however, it has been said by it critics, should clear out the mess between the I-League and the ISL, and focus on developing the former, before they take on new projects.

The feud between the ISL and the I-League began after the AIFF recommended to the Asia Football Confederation (AFC) that the ISL is the nation’s top-tier tournament. This caused the I-League clubs to be miffed as the coveted spot in the AFC Champions League qualifiers, earlier given to the I-League winners, is now the ISL’s. With the ISL not having a promotion-relegation system, the I-League teams felt that they were denied a fair opportunity to compete with Asia’s best.

The biggest grouse that the I-League has with the AIFF is the lack of transparency in the handling of matters. With the ISL attracting big names, the I-League feels that it has been left to die a slow death. The lack of vision and interest in promoting the I-League forced clubs like Dempo FC, Salgaocar FC and Sporting Club FC to pull out of the tournament. With the two tournaments being held concurrently, the AIFF made its intention of promoting the ISL clear by allotting them prime-time late evening slots with I-League games often being held on weekday afternoons.

It was only natural, then, that the top players flocked to the ISL as they had a better chance of being noticed. With the I-League facing an uncertain future, the players in the I-League play with a sense of insecurity, which affects their game. Gurpreet Singh Sandhu had expressed his concern over the same.

“Not everyone is as fortunate as we are. We hear scary stories that FC Pune City are going to shut down and many I-League clubs disbanded. So, the players become insecure about their future and it becomes hard to focus on the game. The performance, too, drops.”

“I know everyone is working towards a solution, but it is high time the stakeholders should set aside their agenda and think about the players’ future” he said.

Thus, with mounting problems and displeasure over the existing leagues, a question begs to be asked — should the AIFF have focussed on clearing the muddle instead of venturing in a new direction?