Qualifiers from the FIFA Futsal World Cup UEFA main round 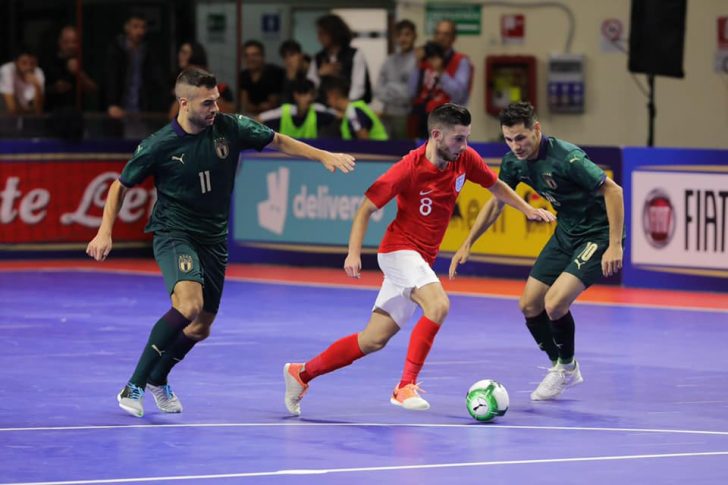 From the 23rd to the 27 October, European nations who qualified for the main round of the UEFA  European qualifiers for the FIFA Futsal World Cup competed to qualify for the elite round. Two nations from each group could progress, meaning 16 teams would progress and the draw for the elite round and play-offs will be held on 7 November 2019, 14:15 CET (UTC+1), at the UEFA headquarters in Nyon, Switzerland.

The four elite round group winners will qualify for the finals and the four runners-up will go into the play-offs. In the play-offs, the four sides will be drawn into two ties, played on a home-and-away basis, to decide Europe’s last two qualifiers and these fixtures will take place between the 9th and 12th of April next year.

England failed to win any of their matches in their group but many positives can still be taken away from the matches. The players showed that they can compete but they now need to take that next step up to be able to compete with the stronger more experienced nations and this will only come with time. More players are looking to play abroad and gain more experience following in the footsteps of Doug Reed who had played abroad and players who are currently playing abroad such as James Webb who is playing in France with Gambette Futsal Club and Liam Palfreeman in Italy with ASD Olimpus Roma. Plus, the FA is working hard to improve domestic national futsal through the launch of the National Futsal Series, and the FA National Futsal League continuing to give clubs more opportunities to compete. It will be interesting to see how England does in 4 years time especially with the targets the FA has set for their Fast Forward with Futsal strategy.

“This is a tough one to put into words, a week of mixed emotions, proud to represent my country in the World Cup main round but at the same time looking back on this week it was disappointing. We can’t accept just ‘competing’ against top nations any more if we want to move forward. We need to be getting results and that’s all it’s about at an international level. Now, we have to work even harder to be better and focus on the next task ahead which is the Four Nations in November followed by Euro Qualifiers in January. Thanks to all the friends and family who came out to Eboli to support us we really appreciated it!”

“What a performance by England (Against Italy). Can compete at this level. Next step is to control the games a bit more and aim for a win. Long process but we’re heading the right way.”

The elite round of the competition will see the following nations competing for a place at the next World Cup: